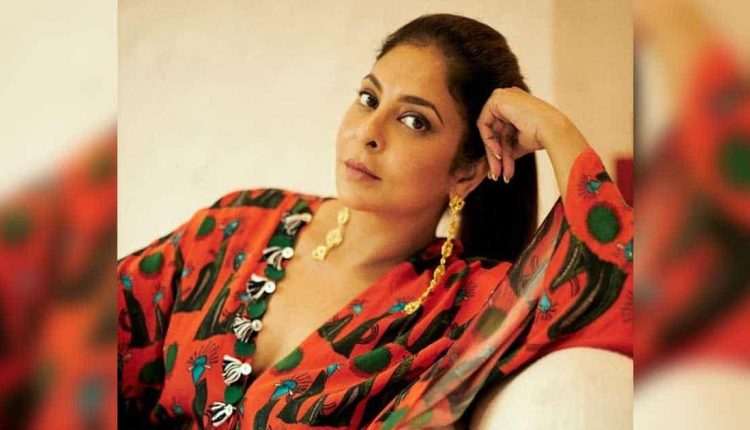 National award-winning actress Shefali Shah, who is making her directorial debut with the short film ‘Happy Birthday Mummyji’, says that helming a film was always on her bucket list.

Shefali told IANS: “I wanted to direct a film for the longest time but I wasn’t sure if immediately I can take the responsibility of a feature film. However, during the lockdown, we all have got a good amount of time to ponder upon many things, and directing a film was one such for me.”

Shefali Shah added: “I started writing the story and worked on the script and eventually, I decided to direct the story by myself. That is how my directorial debut happened.” The film revolves around a housewife Suchi.

Asked about the inception, Shefali Shah said: ” During the lockdown, every one of us was so in each other’s face that after a point of time, we all just wanted to get away from everything. There was no mental space we had for ourselves because on one hand we had work-from-home and on the other hand we had duties to be fulfilled to our families. There was no breather really, and the story stems from there.”

According to the Satya actress, directing a film was such a different experience and quite a tough job as opposed to acting. For the 15-minute-long film, she took a preparation time of two months.

“I think for a feature film direction, I would take a year-long preparation and by the grace of God, the kind of acting opportunity I am getting now, even though I wish to direct, I will think about it next year onwards,” said the “Delhi Crime” famed actress.

Shefali Shah added, “Direction is a job of taking responsibility for everyone’s faith in you, collaborating with them and giving the right credit, and justifying their effort while making the film.

“Also, I realised that as a creative mind even though we can imagine doing a lot, as a director, we have to keep the logistical execution within a budget and timeframe in mind.”

The post Shefali Shah Talks About Shaping Up Her Directorial Debut Amid The Lockdown & Venturing Into Directing Feature Films appeared first on Koimoi.

Jimmy Sheirgill Talks About Roles On OTT: “There Is Scope Of Experimentation Or Trying Something New & Interesting”