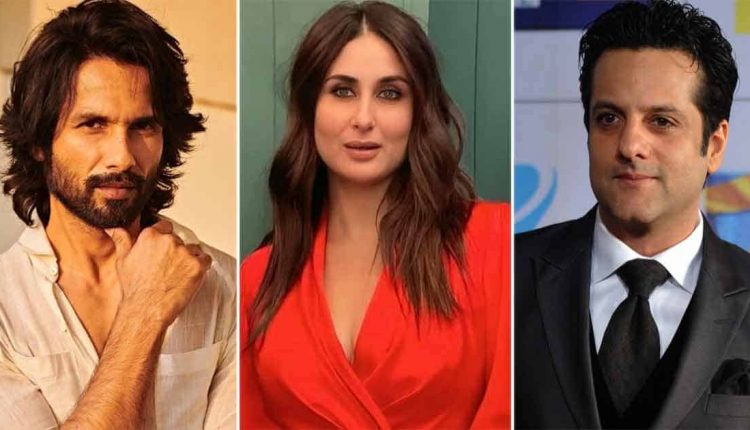 Bollywood is incomplete without some dramatic spats between co-stars. Bollywood actors to have their fall-outs and rifts. While some were grabbed a lot of attention but a fallout between Shahid Kapoor and Fardeen Khan seemed to have gone unnoticed. Scroll down to know more.

Shahid and Fardeen collaborated for the 2004 film Fida. The film had a steamy hot scene between Fardeen and Kareena which became a reason behind the massive fight between Kapoor and Khan on sets. Insiders claimed that the two stars came to blows and it was only after a lot of persuasions, things got back to normal.

As reported by IBTimes, Fardeen Khan also once agreed that there was some tension between Shahid and him. He said, “Yes, it’s true, we aren’t the best of friends. Shahid and I don’t get along. But it wasn’t a big fight. I had heard that he was bitching about me. He is quite immature. He had a few issues and I told him to stop talking about me.”

He also further said, “Kareena and I are strictly friends. By virtue of our spending time together, the degree of trust and comfort is higher. But there is nothing more to it.”

Later, Shahid Kapoor made an appearance on Karan Johar’s chat show Koffee With Karan sharing the couch with Esha Deol. Kapoor at that time opened up about the rift between him and Fardeen. He said, “I personally don’t have any issues with him. And if he had any issues he could have called up and spoken about it but he chose to talk about it in the print so what else do I say.”

Now Shahid Kapoor is married to Mira Rajput while Kareena Kapoor got married to Saif Ali Khan. Fardeen Khan, on the other hand, is a lost star in the world of glamour.

Must Read: Breaking! Raj Kundra To Remain In Police Custody Till July 27

The post “Shahid Kapoor Is Quite Immature… He Was Bitching About Me”: Fardeen Khan’s Explosive Throwback On Doing Hot Scenes With Kareena Kapoor Khan appeared first on Koimoi.

DDA’s restructuring plan to be finalised in two weeks

Suspected fragments of MH 370 found on island near Mauritius