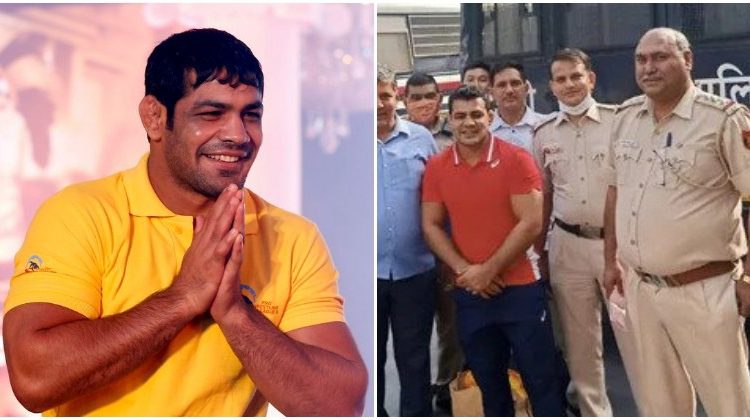 It has been a little over two and a half months since two-time Indian Olympic medallist Sushil Kumar was accused of murdering a fellow wrestler Sagar Rana by beating him to a pulp with a stick and asking one of his goons to record the whole act on video.

Since then, Kumar has run away, deceived and escaped the Delhi Police, and was ultimately caught, smack in the middle of a highway. After being arrested, Kumar’s case has been making constant rounds of the judicial court and his custody is being played hot potato with, between the judicial system and the law enforcers.

Finally, it was decided that Kumar will be transferred to Tihar Jail, one of the biggest prisons in the world where the most dangerous, and evidently the most important criminals are kept and if you are really lucky (or have achieved celebrity status), you will get to make unnecessary demands as a prisoner and your wishes will come true.

Kumar has all of the above and so when the wrestler made a request to have a television set up for him to watch the 2020 edition of the Olympics in Tokyo, the men at Tihar said “Sure! Why not?”

Delhi’s Tihar Jail will arrange a TV in common area of the ward where wrestler Sushil Kumar, accused in murder case of wrestler Sagar Rana, is lodged. He will be allowed to watch TV with other inmates: Tihar Jail official

Earlier this month, Sushil had requested for TV pic.twitter.com/ks79YilwlU

“Delhi’s Tihar Jail will arrange a TV in common area of the ward where wrestler Sushil Kumar, accused in murder case of wrestler Sagar Rana, is lodged. He will be allowed to watch TV with other inmates: Tihar Jail official Earlier this month, Sushil had requested for TV” ANI reported on Twitter on Thursday.

The video that is being claimed to have been shot when Sagar Dhankhar was allegedly beaten up by Sushil Kumar and others. Sagar succumbed to his injuries next morning. pic.twitter.com/MGTYpKlSQm

“The one who murdered my son does not deserve to be called a mentor. All the medals won by Sushil Kumar should be taken from him. We believe that police will investigate properly but Sushil will try to influence it by using his political links,” Rana’s mother argued, according to India Today.

“We are hoping for justice. Where did he go when he was absconding, who gave him shelter, and most importantly the gangsters with whom he is connected to. He should be hanged so that people learn a lesson and think before killing his own pupil,” said Rana’s father.