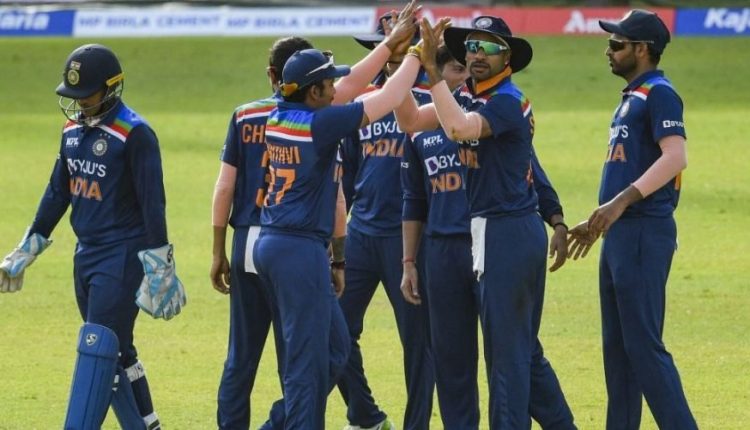 After an impressive outing under stand-in head coach Rahul Dravid, resulting in a 2-1 series win against Sri Lanka, we sit down to rate the Indian players from the second-string side.

Captaining the Indian side for the first time, Dhawan had a good series with the bat and did a good job as captain to lead the side to a series win. He played the anchor role in the win in the first ODI and looked impressive even in the two matches he did not quite get runs in.

Fiery with the bat in the powerplay, the Prithvi Shaw mantra is something India could try implementing even when a full strength team is available. Shaw’s impressive strike-rate did not translate into big runs, but he looked a class apart in two of the three innings.

Showing no nerves on debut, Kishan smashed a six off his first ball in ODIs, and that fearlessness was the feature of his batting in the entire series. He would have liked more runs on board.

Samson made his debut in the final game, and was in really good touch until he got out looking to take the spinner on.

An impressive series for Suryakumar Yadav, who started off his ODI career in stunning fashion. More than the runs he scored, the manner in which they came makes Suryakumar a favourite to be a long-time player in India’s middle order.

Hardik Pandya was off colour with bat and ball and will face the heat when the full strength team, which has a few other all-rounders, returns, especially if he can’t be banked upon to bowl his quota of overs.

One innings is too harsh to judge Nitish Rana, and the left-hander will be left ruing his chance in the only opportunity he got in the format.

Krunal Pandya was impressive with his run containment, but picked up just one wicket with the ball. He played a dogged resistance act with the bat in India’s come-from-behind win in the second ODI.

Manish Pandey had an ordinary series despite being given all three matches to make an impression. Time is running out for Manish, and although he looked assured at the crease, not converting his starts should concern him.

Saini went wicketless in the only ODI he played, going at an economy rate of less than six, but seemed to lack the edge that made him an exciting India prospect once.

In his only match in the series, Rahul Chahar was impressive with the ball, matching Yuzvendra Chahal’s good showing in the series. He returned with three wickets and a decent economy rate to try and bring India back into the match.

Krishnappa Gowtham picked up the first wicket to fall in the innings and conceded just 21 in his first four overs, but the batsmen milked him when he came on in the middle overs.

Deepak Chahar’s outrageous batting show in the second ODI was India’s highlight from the series and it might just prove to be crucial when he is pit against the likes of Bhuvneshwar Kumar and Shardul Thakur when a full-strength team is available. He was good with the ball , finishing with four wickets, although he went at run a ball.

Bhuvneshwar looked a shadow of his self, leaking runs at an economy rate of 6.15 and picking up just three wickets at an average of 39 in the series. Seen as the attack leader, Bhuvneshwar failed to live up to the billing.

Chahal turned his poor form around to have an impressive series, taking five wickets and going at just over five runs per over. If this helps turn around his T20I form ahead of the T20 World Cup, it’s arguably India’s biggest gain from the series.

Sakariya made an unassuming debut alongside four others in the final game, but looked the part, especially with his second spell, where he extracted movement and bounce.

Kuldeep Yadav had an impressive first match, where he found his old guile and turn, but in the second ODI went wicketless in his 10-over spell, leaking 55 runs. Kuldeep will need to make a resounding impression in the T20Is if he is to be around the national side longer.

Sign up to The Cricket Draft, powered by Wisden, an all-new, free-to-play fantasy game running alongside The Hundred, to win prizes and compete with your friends.

The post Marks out of 10: Player ratings for India in the Sri Lanka ODI series appeared first on Wisden.