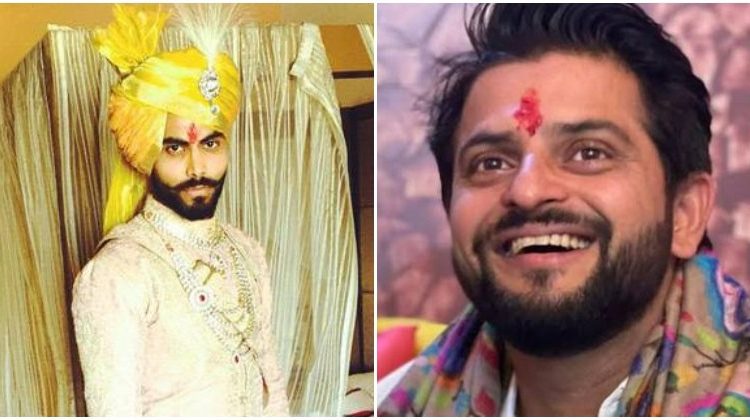 As modern-day Indian cricket fans become more and more familiar with the concept of social media and expressing themselves online, having an opinion (mostly critical) on anything and everything is quickly becoming a norm.

So when one of the best players of the Men in Blue, Ravindra Jadeja shared a tweet owning up to his Rajput identity, it was time for him to be put under the scanner and get called out for doing so in front of millions of his fans and followers and that’s exactly what happened on the micro-blogging site on Thursday.

“#RAJPUTBOY FOREVER. Jai hind,” Jadeja wrote from his official Twitter handle as his critics flocked together to condemn him for being proud of his identity.

32 year old grown ass man being a casteist troll on twitter, don’t you have to go be dogshit at cricket ? https://t.co/ffetO9IQXi

What is so boastful about being in anything? You are a rajput boy by chance, Indian by chance. None of them you had any control over. https://t.co/yRp1EpxoNK

Thankfully, not everyone holds such extreme and negative views towards what the Indian all-rounder had to say and many in fact came to his rescue and supported him for taking pride in who he is.

He is a Proud Rajput for sure.

In an interview a journalist asked a question to MS Dhoni
Which part of India do your ancestors hail from? The popular belief is that you are a Jat.

He replied, My parents are from Uttaranchal. I AM A RAJPUT, there are lots of them in Uttaranchal. pic.twitter.com/ie673y5M7J

Proud Of You Brother ️

Rajputs are the people who have guarded this nation for 100s of years and they have literally bled for the sake of the nation.

The least we can do is, we can respect that sentiment of every proud Rajput.

A lot of things that Jadeja does on the field has to do with him paying tribute towards his community, especially the iconic sword-swinging with the bat after hitting a half-century or a ton.

In 2020, Jadeja’s Indian Premier League franchise, Chennai Super Kings had also arranged for a peculiar ‘Rajput Award’ for the cricketer, as a ‘thank you’ for everything that he’d done for the team over the years.

Thank you to the @chennaiipl team for bestowing me with this award. Playing for this amazing franchise is an honor and an opportunity I cherish. Looking forward to the season. pic.twitter.com/qE5T36eE48

“Thank you to the @chennaiipl team for bestowing me with this award. Playing for this amazing franchise is an honor and an opportunity I cherish. Looking forward to the season,” he wrote while accepting the award. As expected, the fans were divided in two sections back then as well.

“I think, I am also a Brahmin. I have been playing in Chennai since 2004. I love the culture here. I love my comrades. I have played with Anirudh Srikkanth. Subramaniam Badrinath and L Balaji are also there. I like the culture of Chennai. I am lucky to be a part of CSK,” Raina had spoken about his identity while being on-air during the opening match of the Tamil Nadu Premier League (TNPL).

As soon as these words came out of Raina’s mouth, the kind of online backlash he began to face was enormous with people labeling him a discriminator and being asked to feel ashamed of himself.

@ImRaina you should be ashamed yourself.

It seems that you have never experienced real Chennai culture though you have been playing many years for Chennai team. https://t.co/ZICLRr0ZLh

Be ashamed to what you say for….. pic.twitter.com/P1FcTSk0XT

So watched the video, I once liked Raina very much and now im sad how ignorant or he has been hiding all these days. Lost it! No more respect

IED-loaded drone shot down in J&K