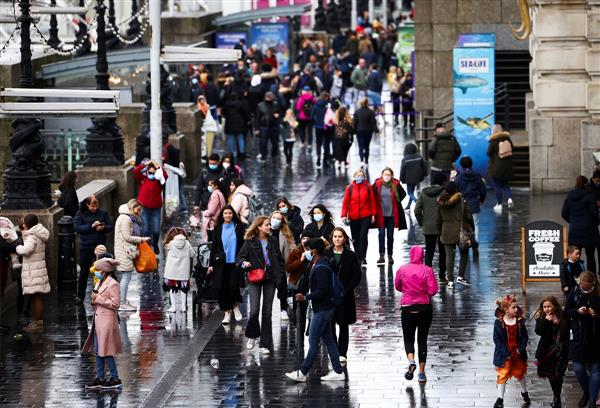 Supermarkets in the UK have warned that the rising number of retail workers being forced to self-isolate due to Covid-19 has started to threaten the availability of some products.

New figures issued on Thursday revealed that more than 600,000 people were ordered to self-isolate by the National Health Service (NHS) Covid-19 Test and Trace app in the week to July 15, Xinhua news agency reported.

Businesses complained about worker shortages because staff are self-isolating, saying the situation has threatened to disrupt food and fuel supplies.

Shoppers posted pictures of empty shelves in supermarkets across the country as industry leaders demanded urgent action to stop supplies from being hit further.

Meanwhile, emergency services, public transport and postal deliveries have all been hit by staff shortages in recent days, according to local media reports.

On Thursday, the British Retail Consortium called for staff in stores and suppliers to be allowed to work even if they get an alert to self-isolate, provided they are double vaccinated or can show a negative Covid test.

Prime Minister Boris Johnson apologised to businesses for the disruption, but he insisted the test-and-trace app is a vital tool in the battle against the virus.

The public has been urged not to panic buy.

The UK’s Business Secretary Kwasi Kwarteng said: “I don’t want people to get the impression that every shelf in every supermarket is bare – that is not the case but we are certainly concerned about instances of shortages, we are looking at the supply chains of critical industries and we are reviewing that situation.” According to the government guideline, isolation rules will last until August 16.

From that date, people who are fully vaccinated and under-18s will be able to avoid self-isolating by taking daily Covid tests.

England has recently lifted most restrictions as part of the final step of the roadmap out of the lockdown.

But scientists have warned that lifting all restrictions at this stage could increase likelihood of dangerous variants. IANS

Working to reach my maximum, want to shine at French Open,…