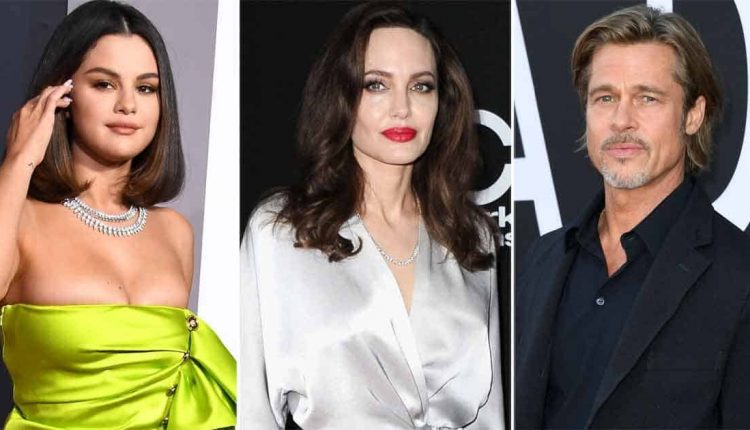 When Angelina Jolie and Brad Pitt split, fans were shocked and the media was full of controversies that led to the breakup. Everyone got updates about the couple every day. From who was wrong and who was right to Pitt’s extra-martial affair – the internet was flooded with the news.

During the messy divorce of Angelina Jolie and Brad Pitt, one particular news that the Brangelina fans thought could have been the reason for their split, struck the limelight. According to reports by aceshowbiz.com, the Maleficent actress had once found photographs of singer Selena Gomez and some other women on Pitt’s phone.

A source reached out to the OK! Magazine and said, “She found photos on his phone with everyone from flight attendants to biker babes at a motorcycle convention to Hollywood ingenues like Selena Gomez”. The source added that the photographs led to a “blowout fight”. She understands why women want to meet him, but why would he have photos with these random women?”, the source said,

The source also told the OK! Magazine that Angelina Jolie and Brad Pitt’s relationship got worse after the actress found the photos. Not too long after that, Jolie heard rumours that Pitt had an affair with French actress Marion Cotillard while working on Allied.

The relationship of the couple got worse the moment they got married. An insider revealed, “She thought once they finally [got married], the arguing would stop. Instead, it only escalated. Their romance and love for each other died soon after they said, ‘I do.” It was alleged that Money Ball’s actor grew increasingly frustrated with Angelina’s parenting style and Jolie didn’t want to tie the knot in the first place.

An FBI investigation was launched against Brad Pitt to determine his behaviour towards his kids, which was reported to be abusive. After their split, Angelina Jolie didn’t speak about it for a long time and a custody battle began between the couple.

Must Read: Godzilla Vs Kong: Missed It In Theatres? Here’s When You Can Watch This Monstertainment On Amazon Prime Video!

The post Angelina Jolie Once Found Photos of Selena Gomez On Brad Pitt’s Phone That Led To A ‘Blowout Fight’ appeared first on Koimoi.

Kartik excited to be part of Honey Singh’s song