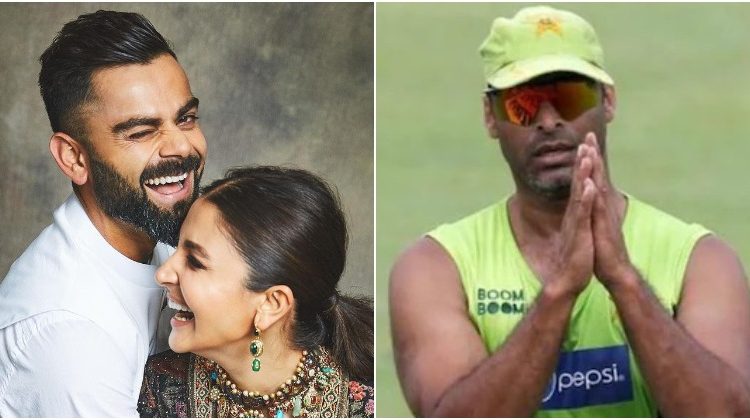 Since becoming Indian captain, Virat Kohli has taken the national team to great heights, winning series in different parts of the world, playing in some of the most hostile conditions.

Under Kohli, the Indian team is known for playing a fearless brand of cricket wherever they go, irrespective of the venue and opposition.

In a short span of time, Kohli has become India’s most successful Test captain, something not many expected of him when he was handed the responsibility to lead the side.

Not just with his batting, Kohli has also proved his critics wrong by his immaculate leadership skills.

Former Pakistan fast bowler Shoaib Akhtar was among those who had their doubts whether Kohli would be able to become a successful captain or not.

During an interview, Akhtar acknowledged that he was sceptical of Kohli becoming the captain and was of the opinion that he would succumb to the constant pressure from the fans and the media and it will affect his individual performance.

The former speedster also claimed that he even told Anushka Sharma that Kohli was making a big mistake and instead of becoming the captain, he should have focused on his batting.

“I think Virat (Kohli) has done a wonderful job as a captain. I said it to Anushka Sharma in a Sony show – ‘I think Virat is making a mistake by being a captain. He shouldn’t have done that. I knew there was a tremendous amount of pressure on him and, it would bog him down.’” Akhtar said in an interview with Sportskeeda.

“In a country like India with a population of a billion-and-a-half, there are around 20,000 TV sets and channels, enough to slam him. In my mind, I was thinking, ‘he’s a young kid, let him score runs and play his game,’” added Akhtar, the world’s fastest bowler.

“He [Kohli] took up that challenge of being a skipper. He took it on and made sure that his replica was instilled within the fast bowlers. He wants to see his aggression in his fast bowlers. He’s not a Virat Kohli on the field, he is a fast bowler running in the form of an Ishant Sharma or a Bhuvi or [Mohammed] Shami. He wants to become a captain who wants to take 20 wickets and that has changed the thinking of Indian cricket,” he added.

Despite Akhtar’s strong claims, the fans weren’t ready to believe a single word that he said because. Some couldn’t believe that he actually got in touch with Anushka, while another user joked that even if he did there was no way she would’ve recognised and entertained him.

Bhai Ye Shoaib Akhtar fekta bahot hai……it’s hard to trust him whom he said what….

RTE envisages quality education to children and for that…