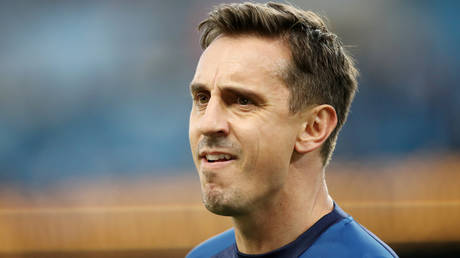 Reports on Thursday indicate that the Premier League is considering implementing plans to permit only fully vaccinated fans to attend fixtures this upcoming season as sports bosses plot a path out of the Covid-19 chaos which has decimated much of global sport throughout the past 18 months.

The measures would see vaccine certs, or ‘Covid status certificates’, issued to double-jabbed supporters which would be scanned before the match, likely either at the ticket buying stage or upon entry into stadiums.

However, a formal decision has not yet been made ahead of the August 13 kick-off of the 2021-22 campaign, with the Premier League understood to be working in tandem with Boris Johnson’s government to determine the efficacy of such plans.

The Premier League is expected to follow any guidance from the government after writing an April letter to the UK’s major political parties in which they sought clarity as to which plans may or may not be in place come start of the new season, as well as suggesting that a Covid certificate plan may well be the best way forward.

“All of our sports can see the benefit that a Covid certification process offers in getting more fans safely back to their sport as quickly as possible,” the Premier League said in the letter. “We know that our stadia can only be fully filled with an assurance process.

“This process must ensure that everyone can access stadia and must include arrangements that would verify a negative Covid test or an antibody test or vaccination certification.”

However, detractors of the plan insist that any measures which restrict fans’ ability to attend games are discriminatory – particularly after safety test events were held to before and during the recent European Championships, with more than 60,000 fans attending this month’s final between Italy and England at Wembley.

That isn’t to say that positive Covid cases didn’t emerge from the tournament, as both the Scottish and Finnish public health bodies reported a significant uptick in infections which were thought to have been brought back into the country from fans who travelled to games.

Johnson, who celebrated Monday’s ‘Freedom Day’ in the United Kingdom in isolation after he was deemed a close contact to a positive case of Covid-19, has called for UK citizens to be “cautious” as restrictions were loosened – though he swiftly announced on the same day that people will likely be required to show proof of vaccination to enter nightclubs from September.

And Neville, who has become one of English football’s premier mouthpieces in recent years, doesn’t believe that football fans should be subjected to vaccine checks given the relative success of recent test events.

“You shouldn’t need a passport to watch a football match ! Test events have been carried out with great success,” wrote the former Manchester United fullback.

You shouldn’t need a passport to watch a football match ! Test events have been carried out with great success . https://t.co/zD9tywlq3T

A decent sample size from my following 👇🏻 pic.twitter.com/WXhufZQIS9

Twitter being what it is, the reactions were predictably mixed.

“Think this is perfectly acceptable until they know more about the virus or it’s been eradicated completely,” argued one fan, while another was not sure.

“Can we stop forcing people to get a vaccine. I’ve got mine, but plenty of others believe they don’t need it, and let’s be honest, there’s plenty data to back them up,” they claimed.

A third suggested that the unpopular plans could provoke the same type of fan revolt which ultimately crushed the ill-fated Super League.

“I remember how quickly fan protest sent the Super League packing,” they wrote. “Might be time again.”

Be cautious to protect kids from seasonal diseases: Doctors…

Protectionism against Chinese products will boomerang on…