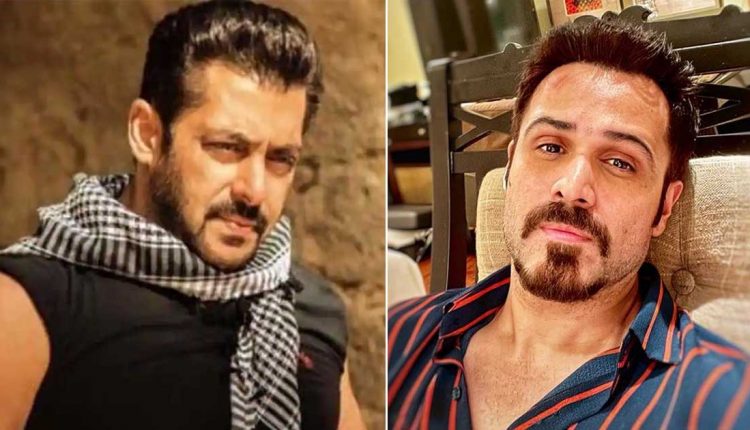 Fans are super excited to see Salman Khan on the silver screen as Tiger in the third instalment in the spy movie franchise. While Khan will reprise his role as Avinash Singh Rathore, aka Tiger, Katrina Kaif will play former ISI agent Zoya, while Emraan Hashmi will enter the franchise as the antagonist – an ISI agent who is addressed as Pakistan’s answer to Salman’s Tiger. And now we have some details on their entry scene.

While Salman has had amazing introduction scenes in the first two films, the same will stand true in this one too. However, what’s caught our attention is Emraan’s entry scene and reports that YRF is shelling over Rs 10 crore on it. Shocked? Well, read below why the makers have come to this decision. We are sure it will be epic.

Talking about the cast’s introduction scenes in this YRF production, a source close to the development told Pinkvilla, “Salman Khan films often have some of the most heroic introductory sequences for the actor, and his entry scene of Ek Tha Tiger and Tiger Zinda Hai is among the most iconic in the recent few years. The makers have carefully curated another heroic entry scene for Salman in Tiger 3. Same is the case with Katrina’s Zoya, who got an independent introductory scene in Tiger Zinda Hai.”

Continuing further, the source shed some light on Emraan’s introduction scene too. The insider said, “This time around, even the antagonist will get a larger-than-life introduction. Maneesh (Sharma), Adi (Aditya Chopra) and the stunt team have designed an action sequence costing over Rs 10 crore for Emraan Hashmi’s introduction in Tiger 3.” The source added that the said scene would be shot in the months to come.

According to the source, the idea behind giving Emraan Hashmi a grand entry is because he is touted as Pakistan’s answer to Salman Khan’s Tiger. The source explained. “Tiger is an already established character, and hence, they are introducing Emraan as the larger-than-life baddie from the word go. The idea is to introduce him as a guy who is as powerful as Tiger and the introductory scene will set the base for the battle royale between the two Tiger’s through the narrative.”

Talking of the film, Salman Khan and Katrina Kaif resume shooting for Tiger 3 today at Yash Raj Studio. Emraan is expected to join the team soon. Talking about it, the source said, “Both Salman and Katrina have been working out for the Mumbai and overseas leg of the film as the schedules require them to do some of the most intense scenes of the film. In fact, starting today, Salman and Kat will be shooting for what is touted to be the most intense schedule of T3.”

Emraan Hashmi has been hitting the gym a lot lately to beef up for his role as the antagonist in the YRF film.

Once the Mumbai schedule wraps up by mid-August, the cast and crew will fly abroad for the overseas leg. As per reports, Shah Rukh Khan, who is currently busy with YRF’S Pathan, has a cameo in Tiger 3 and will shoot for the same next month.

Stay tuned to Koimoi for more news and updates from the entertainment world.

Watch: Trailer of Marvel film ‘Shang-Chi and The Legend of…