Ryan Reynolds Calls Green Lantern ‘Darkest Crease In The An*s’ While Talking About Meeting Blake Lively: “I Was Just Begging Her To Sleep With Me” 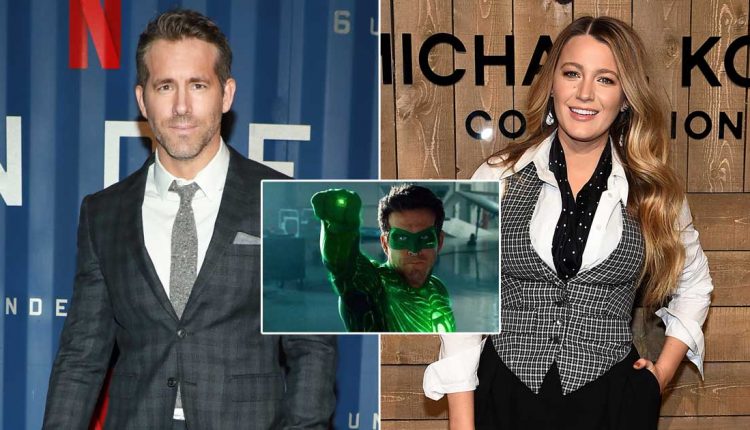 Blake Lively & Ryan Reynolds Met During Green Lantern Was Being Shot & Now He Calls The Film The Darkest Crease In The An*s(Pic Credit: Getty, Movie Still)

Can the world be as honest and outspoken as Ryan Reynolds? Well, not and shouldn’t be actually. We might witness wars every day. The actor who played DC comics’ loved character Green Lantern a decade ago, has left no stone unturned in dissing his own movie. He has even gone to an extent that he made fun of the DC character in a Fox movie (Deadpool, then owned by Fox).

And it looks like he isn’t done as of yet. The actor, in his signature humour, keeps on taking digs at the movie and the character. Time and again he has even made fun of his comeback rumours. Remember when Zack Snyder’s Cut Of Justice League hit HBO Max this March? Cut to now in July, the actor has again dissed the movie and called it a crease in the an*s. That’s a pretty messed-up label. Read on to know everything you should about this bizarre update of the day.

As per Comicbook, Ryan Reynolds was talking about his relationship with his wife Blake Lively in the Smartless podcast. “I met Blake on the darkest crease in the an*s of the universe called Green Lantern,” Reynolds told hosts Will Arnett, Jason Bateman and Sean Hayes.

Britney Spears’ Mother Forced Her To End Marriage With Jason Alexander Within 55 Hours Of Their Wedding, Claims Ex-Husband’s Attorney

“And we were friends and buddies and then, about a year and a half later, we actually went out on a double date, but we were dating separate people…We hung out and kind of, you know, we always kind of kept in touch but sort of casually. And then next thing you know, she was going to Boston. I was going to Boston. So I was like, ‘I’ll ride with you.’ We got on the train and rode together and then I was just begging her to sleep with me,” Green Lantern star Ryan Reynolds added.

What do you have to say about this yet another fiery reaction by the man who never disappoints with them? Let us know in the comment section below.

The post Ryan Reynolds Calls Green Lantern ‘Darkest Crease In The An*s’ While Talking About Meeting Blake Lively: “I Was Just Begging Her To Sleep With Me” appeared first on Koimoi.

Elections will be held on time: Abbasi

Negotiation on for Rafale aircraft: India