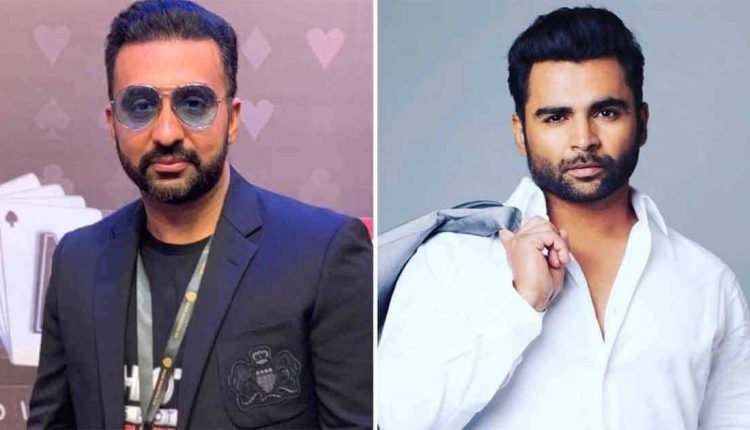 Sachiin Joshi On Winning Satyug Gold Scam Case Against Raj Kundra: “I Am Glad Karma Finally Caught Up With Him” (Photo Credit: Instagram)

At a time when Shilpa Shetty’s husband and businessman Raj Kundra is embroiled in a p*rnographic case, a report has revealed that he has been hit with another blow aka a cheating case filed by actor Sachiin Joshi. Kundra has lost a legal battle with Joshi. Scroll down to know more.

Reportedly, Joshi filed a complaint against Shilpa Shetty‘s husband alleging that the latter lured and cheated him in SGPL’s Satyug Gold Scheme. In the complaint, he alleged that he was sold a five-year gold plan of the Satyug Gold Scheme, wherein he was promised a certain fixed quantity of gold redeemable after five years.

However, when Sachin Joshi went to redeem 1KG gold asset last year he found that the SGPL office in Bandra Kurla Complex was shut down and no employees or representatives were available at the address. The SGPL website showed another address which also turned out to be fake.

Deepika Padukone Is Back To Pathan Shoot, Juggles Between Multiple Films & Her Work For Social Cause

As per the Lokmat report, the court has now directed Satyug Gold to hand over the possessions to Sachiin Joshi and pay him the sum of Rs 3 Lakh as a cost towards legal proceedings. Joshi has now opened up about the legal battle with Raj Kundra. He said to the publication, “My legal battle was merely a representation of many of the investors of Satyug Gold who have invested in the gold scheme at a discounted rate, only to never receive the gold.”

Explaining the situation further in the case, Sachiin Joshi said, “I was asked to pay Rs 25 lakh to collect Rs 18,57,870 gold after six years of my hard-earned money lying with a company. Imagine the state of the common man who must have invested believing a celebrity who endorsed a company as its Chairman!” He said that he felt ‘defrauded’ and later realised that what has happened with him, may happen with others also.

Earlier this year, Sachiin filed a case against Shilpa Shetty & Raj Kundra at Khar Police Station, under Sections 406, 409 and 420 of the IPC. He said he paid Satyug Gold on the behest of Kundra. The actor-entrepreneur then also revealed why he spoke upon the said case now.

Sachiin Joshi said, “A lot of mudslingings happened on us, where we were expected to pay 25 lakh on an 18,57,870 lakh gold purchase. The case turned when they were asked to hand over the gold and they ended up purchasing it from Anmol Jewellers and attaching the bill. Which by fault means that there was no question of storage charges as there was no gold with Kundra and Satyug Gold in the first place. And, these so-called ‘false and baseless allegations’ by us came true. At Satyug Gold, they were so busy fulfilling orders of each and every client that they forgot mine.”

He further said, “We got our 1 kg gold and 3 lakh of fine that they had to pay us for making us go through this legal process where they were at fault since the very beginning and yes about the cheque bounce case, we will win that too as it was stopped not bounced as we didn’t see any transparency in their dealings. I am glad karma finally caught up with Kundra.”

Is Dilip Joshi Joining BJP Anytime Soon? Here’s What The Actor Has To Say After Campaigning For The Party In 2018

#MeToo: Court asks if there is chance of settlement between…