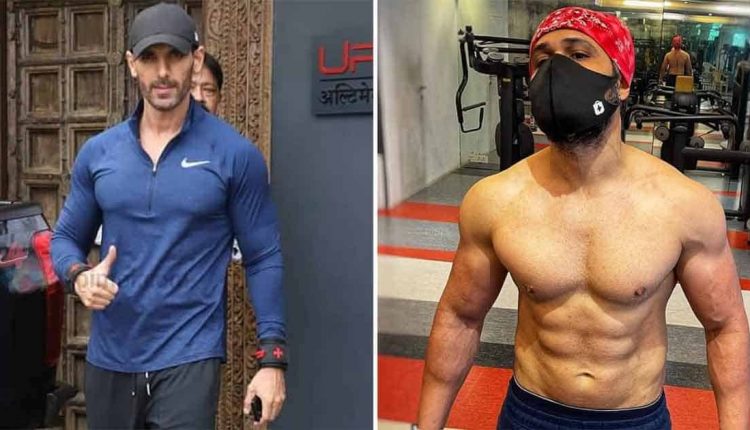 Yash Raj Films are pri=oducing two of the biggest upcoming films of Hindi cinema – Tiger 3 and Pathan. Both films are making a lot of buzz lately as fans of both Shah Rukh Khan and Salman Khan are eagerly waiting for the films to hit the big screens. While Emraan Hashmi plays the antagonist in Tiger 3, John Abraham will feature as a freelance terrorist in Pathan.

Ever since it was reported that John will essay a negative role in Pathan, fans can’t wait to see his performance on the screen. Moreover, his bout with SRK is also an interesting one to watch out for. The film is touted to release for EID 2022. On the other hand, Emraan is undergoing a physical transformation for his role in the third instalment of the Tiger franchise.

Now Bollywood Hungama has thrown some light on both John Abraham and Emraan Hashmi’s preparations for respective roles in the upcoming films. A source has revealed, “Both Salman Khan and Shah Rukh Khan have their own distinct personalities and the creator of the two films, Aditya Chopra, was clear to have their nemesis don a look that justifies the battle royale. Since Shah Rukh Khan is all about swag, body language and style, the makers decided to give a lean avatar to John Abraham. The actor has shed a lot of his muscles and biceps to make the fights believable. It’s the role of a street smart freelance terrorist, and the team was clear on not giving him the usual bulked up attire, against SRK. Another thought was to explore an altogether new look for John Abraham, which has become possible with his slim and trim body, It’s going to be an epic battle between SRK and John, taking the audience in the cinema hall by storm.”

While John Abraham is shedding a lot of muscles, Emraan on the other hand, is trying to bulk up for his role in Tiger 3. The source said, “Salman Khan is a beast with a bulked-up body and it’s essential to have a villain who can stand in front of him in confidence and mouth those larger than life dialogues. A lean person standing against him wouldn’t leave an impact, and hence, Emraan was asked to beef up to take on Salman in the film. It’s work in progress as he gears up to do his major scenes with Salman in the overseas leg of Tiger 3.”

Both John and Emraan’s villain roles have been designed in sync with the attire of the protagonists to make it a battle of equals.

Must Read: Singham Is Responsible For Ram Gopal Varma Not Collaborating With Ajay Devgn, Here’s Why!

Deepika Padukone Is Back To Pathan Shoot, Juggles Between Multiple Films & Her Work For Social Cause