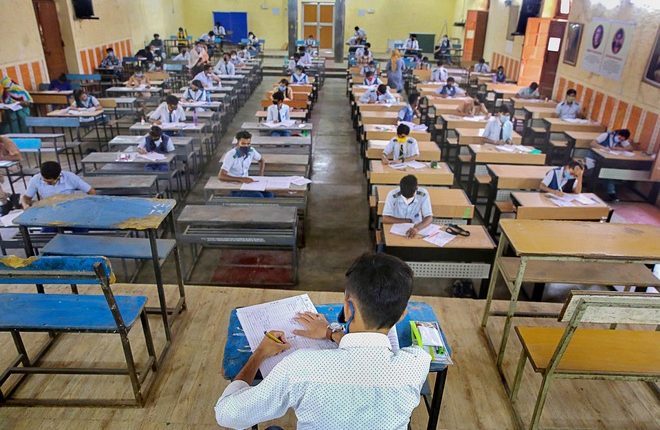 An NGO Thursday told the Delhi High Court that CBSE’s evaluation policy for this year’s Class 10 board examination did not have any grievance mechanism for students.

In the hearing before a bench of Justice DN Patel and Justice Jyoti Singh, the NGO—Justice For All—argued that Central Board of Secondary Education (CBSE) should make an arrangement for uploading the soft copy of the marking scheme followed by schools.

Advocate Khagesh Jha, appearing for the NGO which has filed a petition concerning calculation of marks of class 10 students of CBSE-affiliated schools, emphasised that this year the schools were free to have their own marking policy.

He stated that a student has no way to know how he/she was marked and thus like previous years, students should have access to the documents based on which evaluation is done.

“I have no marking scheme. I have no policy document or the evaluation sheet. Earlier there was a system and there was a process,” he submitted.

The advocate added that in the absence of any policy on record, a student would not even be able approach the high court for any grievance redressal.

“I have no document to know that if I got 19 marks, was it human error or some arbitrary policy of school,” he stated.

Jha also objected to using historical background of a school as a factor in the marking scheme for class 10 students.

“It affects my highest marks. If 30% students (in a school) failed last year, this year also 30% students are bound to fail even without writing the exam”, he explained as he submitted that this rule is most harmful to schools having children from slums and other economically backward areas.

However, the court responded that there was no direction from CBSE to schools to “follow the same pattern”.

“There is no direction that you follow the exact pattern. It (CBSE policy) just says you keep in mind. Read the policy.” The advocate clarified that he was not alleging any abuse of power by the CBSE but only sought to iron out the issues arising out of this year’s evaluation system.

Hearing on the petition will continue on July 29.

The high court had on June 2 sought response of the Centre, Delhi government and CBSE on the NGO’s petition claiming that the policy of the board for calculating marks of class 10 students based on the internal assessment by schools was unconstitutional and required to be modified.

The NGO has alleged that it can also lead to the manipulation of marks and exploitation, extortion of the students and parents. PTI

Reality show celebrity Ashutosh seeks in HC removal of some online pics, videos under ‘right to be forgotten’

Railway to invest Rs 1,000 cr on new tracks beyond Agartala