Know Your Olympics: All you need to know about the medals for Tokyo 2020 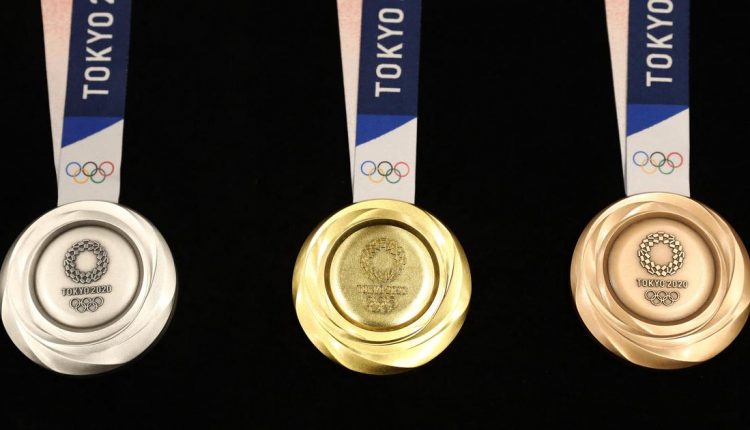 In a game of world association, the mention of Olympic Games is likely to lead to the mention of medals or vice versa. Of course medals are not just part of this particular quadrennial global event, but it is one of those inherent aspects of the Games that you cannot keep apart.

Gold, silver and bronze medals have been awarded to the top finishers in every event at the Olympic Games and that is a tradition that began at the St. Louis Games in 1904. From 1896 in Athens to 1928 in Amsterdam, the medals ceremony traditionally took place during the Closing Ceremony of the Games. From 1932 in Los Angeles, the medals were awarded after each competition.

Medals are unique to each Games and here’s what you need to know about the ones on offer at Tokyo 2020:

To produce the medals, the Tokyo Organising Committee conducted the “Tokyo 2020 Medal Project” to collect small electronic devices such as used mobile phones from all over Japan. This project makes Tokyo 2020 the first in the history of the Olympic Games to involve citizens in the production of medals, and to manufacture the medals using recycled metals.

Approximately 5,000 medals have been produced from small electronic…

Pegasus spyware: How does it work and how can you tell if your phone is at risk?

Putin, Rouhani call for end to hostilities in Yemen