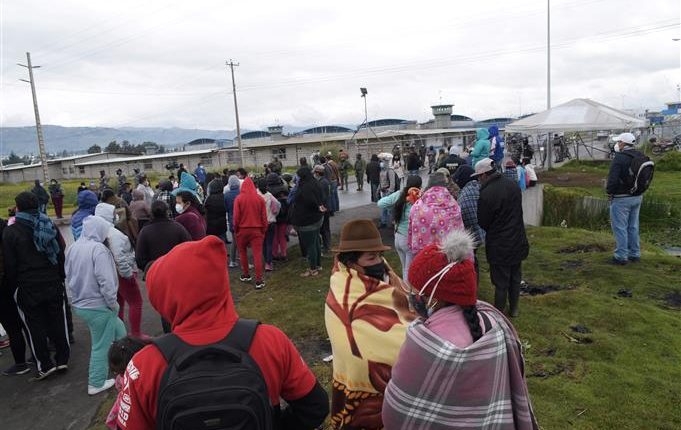 Rival gangs of inmates fought in two prisons in Ecuador, killing at least 21 people and injuring about 80, authorities said Thursday.

Violence broke out on Wednesday in the main prison in the city of Guayaquil as well as the Latacunga prison in central Ecuador, according to prison authorities.

Nine police officers and 70 prisoners were injured in the fighting. Police have regained control of the prisons.

Police said on Twitter that there had been an escape attempt at the Latacunga prison, but that 65 prisoners were recaptured.

Gustavo Larrea, a former interior minister, said the fighting was among crime groups linked to drug trafficking that have ‘relative control” of the prisons and seek to control illegal operations on the outside. The prison system and efforts to combat organized crime require an overhaul, he said.

In June, a fight between gangs in a prison in Ecuador killed two people and injured 11. In February, fighting in Ecuadorian prisons killed about 80 prisoners. (AP)

Texas truckers face charges for smuggling HUNDREDS of migrants, but others just WALK across

Rakesh Tikait defamed farmers by politicising issues for his…