CarryMinati: Ajey Nagar’s Sunny Deol Connect Before Making It Big On YouTube Is An Unmissable Trivia! 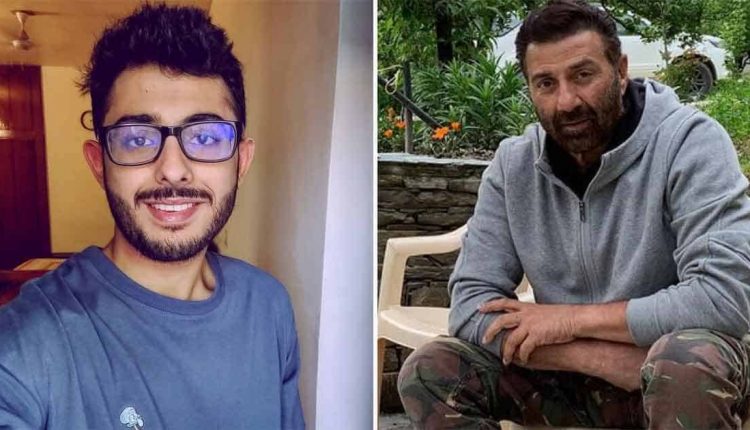 Did You Know? Ajey Nagar Had A YouTube Channel Before Making It Big As CarryMinati? (Photo Credit: Instagram)

YouTube sensation CarryMinati is well known for his roast videos and comedic skits. He has garnered a huge fan base and enjoys more than 30 million subscribers on YouTube. However, did you know he had another YouTube channel before starting CarryMinati? Scroll down to know more.

The YouTuber, whose real name is Ajey Nagar, hails from New Delhi, where he is still based. He began his career at the age of 15 and so far it has been 10 years now. Ajey also managed to deservingly earn the Silver and Gold play buttons from YouTube. However, not many know that he had a fair share of failure before finding success as a YouTuber.

Being a gamer, Carry began with posting videos of himself playing video games and imitating Sunny Deol. He uploaded footage of his gameplay and reactions on the games like CS:GO on his YouTube channel Addicted A1 but it failed to make a mark with the audience.

Back in 2015, Ajey Nagar renamed his YouTube Channel to CarryDeol where he imitated Sunny Deol and posted videos of himself playing CS:GO. Then he once again changed the name of his channel to CarryMinati. He once also revealed how he came up with a cool name for his channel.

Talking to Outlook India, “The alias for me is just a cool sounding name. In the counter strike, it’s quite common that people keep their alias with ‘Carry’, which means a player who shields his entire team and leads the army, eliminating opposition singlehandedly. Minati comes from the word Illuminati.”

Two years ago, Ajey Nagar was named the ‘Next Generation Leader’ by TIME Magazine. Talking about it, he said, “At first, I didn’t know how massive it was but after the feature, I realised the honour. It motivated me to invest greater efforts into what I was doing and it felt incredible to be internally celebrated for expertise that was still in its’ nascent stages in India.”

So what do you think about CarryMinati’s videos? Let us know in the comments.

Must Read: Is Dilip Joshi Joining BJP Anytime Soon? Here’s What The Actor Has To Say After Campaigning For The Party In 2018

The post CarryMinati: Ajey Nagar’s Sunny Deol Connect Before Making It Big On YouTube Is An Unmissable Trivia! appeared first on Koimoi.

We aim to stop migration and increase security: Shah at…