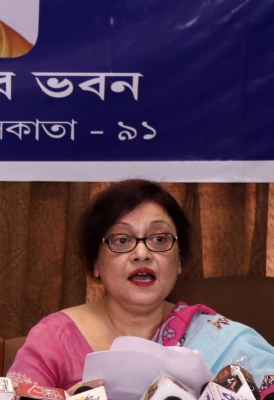 KOLKATA, July 22 : Forty-five days after the West Bengal government decided not to conduct Madhyamik (Secondary) and Uccha Madhyamik (Higher Secondary) examinations this year due to the Covid-19 pandemic, the West Bengal Council of Higher Secondary Education (WBCHSE) on Thursday announced the results for Class 12 students on the basis of an evaluation pattern decided by the state-appointed expert committee and the council.

Announcing the results, Mahua Das, President, WBCHSE, said, “Of the total 8,19,202 students, 97.69 per cent have passed, which is higher than the previous year.”

However, according to the results announced by the council, a total of 3,19,327 students got more than 60 per cent marks, which is lower than the previous year’s numbers.

Though the council didn’t release any merit list this year, according to the marks obtained by the students, as many as 86 candidates figure in the top 10 bracket.

“You will be happy to know that a Muslim girl student from Murshidabad is the highest number getter in the Higher Secondary examinations this year, as she scored 499 out of 500,” Das added, though she refused to divulge the identity of the student.

“Many schools sent marks obtained by the students in Class 11 in an incomplete manner, so the board has made the evaluation according to the standards. If any student is dissatisfied with the marks, the principal of the school will have to take the scanned copy of the HS marksheet and the examination papers of Class 11 and appear before the district education department by July 26. The board will have the papers checked, and then evaluate the marks accordingly. No change will be made after that,” Das said.

According to the evaluation system, the marks scored in the project and practical exams remained constant but in the theory part, the total marks (70 for lab-based subjects and 80 for non-lab-based subjects) were divided into two parts, with 40 per cent weightage to marks in four highest scoring subjects in Madhyamik and another 60 per cent weightage to the marks scored in that particular subject in Class 11 in 2020.

Nicki Minaj wants to be a billionaire