Mira Kapoor Captures The Drama At Home, Shares Video Of Neelima Azeem Lecturing Shahid Kapoor For Always Being On The Phone 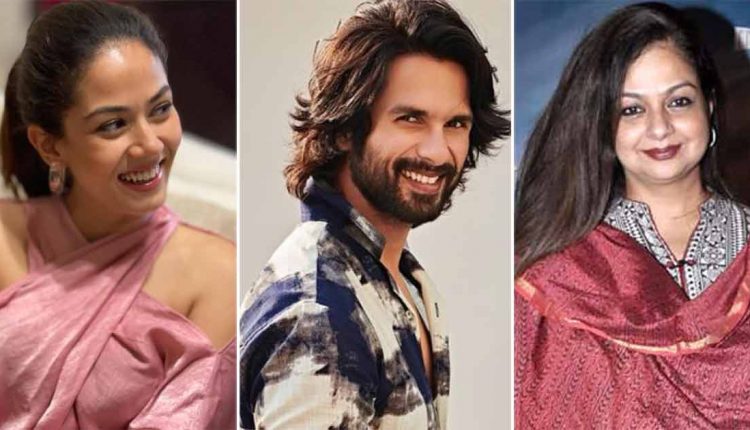 Shahid Kapoor’s wife Mira Kapoor on Tuesday took to social media and shared a glimpse of a family get-together, where she and her mother-in-law Neelima Azeem are seen complaining that Shahid wasn’t paying enough attention, while Ishaan Khatter relaxes near by.

In the video, we see Neelima and Mira lecture Shahid for being on the phone while she captured the youngest in the room, Ishaan, shooting the same drama on his phone.

“#HomeVideos Put down your phones. Also @ishaankhatter literally documenting our lives even while we sleep #familia #bts #that70sshow,” wrote Mira Rajput on her Instagram page.

Raj Kundra’s Per Film Earning On Hotshots Was Around 5 Lakhs? Jaw-Dropping Details Inside!

In the video, Neelima Azeem says during a conversation: “You didn’t hear it in context Sasha, because when you guys are on the phone you don’t hear anything on context.” Towards the end of the video, we hear Mira Rajput add, “You have to listen to us with your eyes Sasha.” For those who do not know, Shahid Kapoor is fondly called Sasha by his close friends, family and fans.

On the work front, Shahid Kapoor will soon be seen on the silver screen in Gowtam Tinnanuri’s Jersey. A remake of Gowtam’s 2019 Telugu film starring Nani and Shraddha Srinath, the Bollywood version stars Pankaj Kapur and Mrunal Thakur. He will also make his digital debut with a web series directed by Raj and DK.

For more news and updates from the entertainment world, stay tuned to Koimoi.

Must Read: Salman Khan Finally Breaks Silence On Having A Wife Named Noor & A 17-Year-Old Daughter In Dubai

The post Mira Kapoor Captures The Drama At Home, Shares Video Of Neelima Azeem Lecturing Shahid Kapoor For Always Being On The Phone appeared first on Koimoi.

Ankita Konwar Said She Was Abused As A Child, Gets Support From Milind Soman &…

Canada votes in pandemic election that could cost Trudeau

After settling tussle in Punjab, Sonia Gandhi heads to Shimla

Jennifer Aniston Reveals Taking Up ‘Odd Jobs’ For Extra Money: “I Was A Bike Messenger For A Day In New York City”

‘Merely holding placards is not a movement’

Bihar schools shut till Saturday due to cold