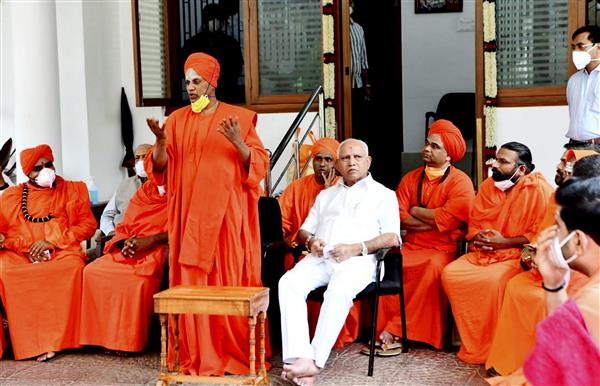 Support continues to pour in for Karnataka Chief Minister BS Yediyurappa from Mutts, as several pontiffs made a beeline to his official residence for the second consecutive day on Wednesday and threw their weight behind him, amid speculations that his exit was on the cards.

A delegation of about 40 pontiffs met Yediyurappa under the leadership of Siddalinga Swamiji of Siddaganga Mutt, an influential Lingayat seminary in the state, and urged the BJP leadership to allow Yediyurappa complete his term.

A few of them have reportedly warned the saffron party of bad consequences if Yediyurappa is replaced.

“Why is it (leadership change talks) happening, when the Chief Minister is working efficiently at the time of crisis?

He said all that the CM had said was that the PM, Home Minister Amit Shah and BJP cheif JP Nadda had shown special care towards him, and he was the only one who was given the exception to continue in the top post despite completing 75 years of age. — PTI