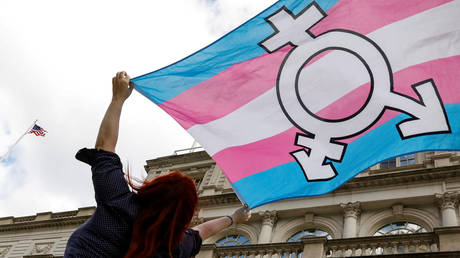 Two transgender plaintiffs are suing the state of Montana over a law requiring proof of sex change surgery to alter one’s gender on their actual birth cert, something they and activists claim infringes on their civil rights.

The law in question was signed by Republican Gov. Greg Gianforte in April and requires the state health department to receive “a certified copy of an order from a court with appropriate jurisdiction indicating that the sex of the person born in Montana has been changed by surgical procedure.”

Marquez argued in the lawsuit that the law does not account for factors that may be holding transgender people back from getting genital surgery. Marquez claimed she has gone through hormone treatments, but is unable to afford or take the time off of work to get the actual surgery.

Doe, meanwhile, has gone through “masculinizing chest reconstructive surgery” and taken other steps “to bring his body into conformity with the male gender identity,” but he does not want further surgery.

Marquez said not being able to actually change the gender on her birth certificate “is a painful and stigmatizing reminder of the State of Montana’s refusal to recognize me as a woman.”

Marquez and Doe are being represented by the American Civil Liberties Union (ACLU), which blasted the Montana government for increasing “government bureaucracy in people’s lives” and not providing a valid reason why proof of surgery for an individual needs to be on record with the state.

“Courts and state lawmakers around the country have increasingly said that these barriers to accurate identity documents are unnecessary and serve no purpose for the government,” John Knight, senior staff attorney with the ACLU LGBTQ & HIV Project, said in a statement. “Transgender and non-binary people need recognition of who they are and not permission from the government to live their lives.”

Similar lawsuits in Ohio and Utah led to judges ruling that it was people’s right to change their birth certificates without rules restricting gender changes.

India has chance to record historic performance in Tokyo