Bengal on a plate 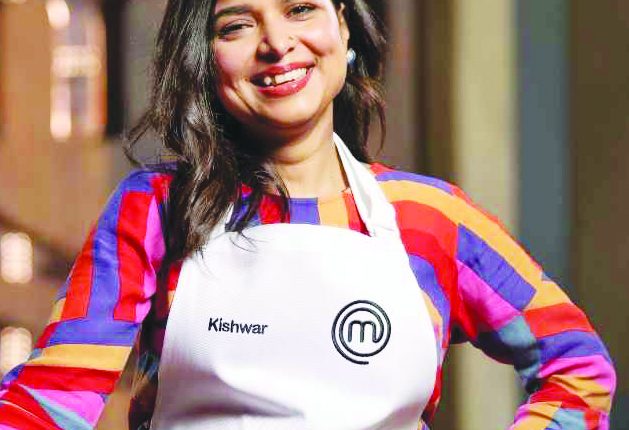 If there was one MasterChef Australia Season 13 contestant who had judges and viewers eating out of her hand throughout the just-concluded edition of the reality TV show, it was Kishwar Chowdhury, a printing press owner and mother of two from Melbourne, and one of the three who made it to the grand finale telecast
The post Bengal on a plate appeared first on The Shillong Times.

If there was one MasterChef Australia Season 13 contestant who had judges and viewers eating out of her hand throughout the just-concluded edition of the reality TV show, it was Kishwar Chowdhury, a printing press owner and mother of two from Melbourne, and one of the three who made it to the grand finale telecast globally on Tuesday, July 13.
Bangladeshi netizens may have been outraged over what Dhaka Tribune described as “such blatant Indian appropriation of what they considered to be a Bangladeshi icon”, but the truth is that Kishwar’s parents are from both sides of the border.
Her father, Kamrul Chowdhury, who Kishwar says moved to Australia as a student around 1971, met her mother, Laila, who’s from Kolkata, in Melbourne. They got married and settled down in their adopted city, which Kishwar, the self-proclaimed “Royal Bengal Tiger mom”, now considers home.
Kishwar’s choice of dishes for MasterChef Australia was a tribute to her mixed parentage: ‘khashi’ (mutton) rezala, ‘machher jhol’ (every Bengali’s staple fish curry), ‘bhapa machh’ (steamed fish in mustard curry), ‘phuchka chotpoti’ (tangy pani-poori), the street favourite on both sides of the Great Bengali Divide, and vanilla and pistachio kulfi, which she described as ‘Persian and Vanilla Roses’.
In the grand finale, Kishwar prepared ‘panta bhaat’, which she gentrified as Smoked Rice Water. A humble peasant dish, it consists of cooked rice soaked in water overnight, served with ‘pakodas’ and a sour preparation made with ‘mourola’ fish (the local equivalent of anchovies), lashed with a generous squeeze of the fragrant ‘gondhoraj’ lime.
Kishwar served ‘paanta bhaat’ with ‘aloo bhorta’ (the Bangladeshi equivalent of what Bengalis on our side of the border know as ‘aloo bhaate’ — boiled potatoes mashed with hot mustard oil, onions and green chillies). The inventive home chef added sardines and salsa to make the duet a truly crossover dish.
The MasterChef Australia Season 13 favourite lives in Melbourne with her high-school sweetheart and husband, Ehtesham, who’s also of Bangladeshi origin, and they have two children — an 11-year-old son, Mikayle, and a four-year-old daughter, Seraphina.
Her parents, as Kishwar shared so proudly with Network10, the Australian TV channel that hosts MasterChef Australia, are “pillars and founders of the Bangladeshi community in Victoria”.
Her father, in fact, has been awarded the Medal of the Order of Australia (OAM) for his outstanding contributions to his adopted country.
And as Kishwar’s profile on the Network10 website, 10play.com.au, states: “Their [her parents’] stature led to her home becoming a self-described soup kitchen of sorts, with family members, friends and community members popping over at all times.”
Having lived in Melbourne, where she earned her Bachelor’s in Commerce from Monash University, followed by London, where she studied graphic design at the University of the Arts, and then in Dhaka, where she established her printing press, Kishwar considers herself to be very much a citizen of the world. Her idea of comfort food is “dressed-up soupy ramen” and her idol is Malaysian-born Australian cook Poh Ling Yeow, an artist and author who was a MasterChef Australia contestant in one of its early seasons.
With her multi-cultural upbringing and culinary influences, Kishwar truly represents Australia’s rainbow culture. As Dhaka Tribune concluded grudgingly, “Let us not forget that she was born and brought up in Australia and so is Australian above all!” (IANS)

The post Bengal on a plate appeared first on The Shillong Times.

Criticising your daughter for weight not a good idea