Mohammad Abdul Wahid, 54, and Mohammed Iqbal Kabir, 42 were arrested for forcing employees to work at a halal chicken slaughterhouse 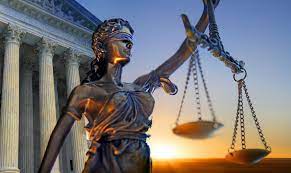 HI INDIA NEWS DESK
BRONX, NY — Two New Jersey businessmen were arrested Wednesday after an indictment was filed in federal court charging them with forcing employees to work at a Halal chicken slaughterhouse in Middlesex County. The charges resulted from an investigation by U.S. Immigration and Customs Enforcement’s (ICE) Homeland Security Investigations (HSI), the U.S. Department of Labor, the IRS and FBI.

Mohammad Abdul Wahid, 54, of Queens, New York, and Mohammed Iqbal Kabir, 42, of Bronx, New York, are charged by complaint with one count each of conspiracy to commit human trafficking-related offenses, conspiracy to harbor undocumented persons for financial gain; and violating the Fair Labor Standards Act. The defendants were released on $75,000 unsecured bond each, with home confinement and electronic monitoring.

“We will continue to pursue individuals who attempt to take advantage, and abuse vulnerable victims for financial gain,” said Special Agent in Charge Terence S. Opiola, HSI Newark. “I commend our special agents and their law enforcement partners for seeking justice on those vulnerable victims’ behalf and a job well done.”
According to documents filed in this case and statements made in court:

From July 2011 through January 2016, Wahid owned and operated a Halal chicken slaughterhouse business in Perth Amboy, New Jersey. The business operated pursuant to Halal practices, which meant that the live poultry was slaughtered by Muslim individuals. The poultry would then be cleaned and prepared for sale by other employees. During the time that the facility was operational, Wahid and Kabir allegedly employed undocumented persons. The employees were paid approximately $290 a week in cash and would typically work 70 to 100 hours a week, working six or seven days a week. The employees were not paid more if they worked more hours, nor were they given overtime pay. The employees lived in a boarding house in front of the business, for which Wahid allegedly deducted $40 a week from the employees’ paychecks. The boarding house did not have heat or hot water and was infested with insects.

The defendants also employed two Muslim individuals to slaughter the chickens and forced them to continue working at the slaughterhouse. When these two victims complained about the hours they were working and the conditions of the facility (no gloves, masks, or proper soap), the defendants allegedly threatened to call the police. The victims were afraid of being arrested and deported and they continued to work until health inspectors closed the business.

The charges are merely accusations and the defendants are presumed innocent until proven guilty. Because they are indictable offenses, the charges will be presented to a state grand jury for potential indictment.

Canada, China through with draws in women’s World Cup