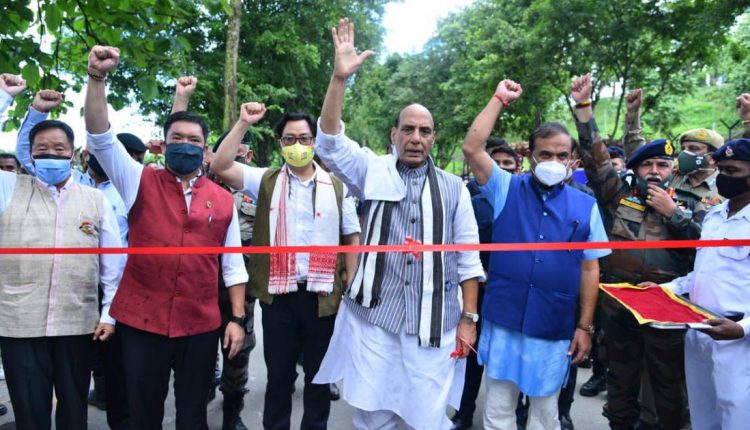 An event at the Indo-Tibetan Border Police headquarters in Arunachal Pradesh’s Kimin town on June 17 at which Defence Minister Rajnath Singh inaugurated 12 border roads has sparked protests from the state’s residents. The reason? The social media handles of the Border Roads Organisation and some government agencies said that the venue at which the ceremony was held was in Assam.

While the event took place in Arunachal Pradesh, a press release of the Ministry of Defence said that the event had taken place in Assam’s Lakhimpur district.

All Kimin Youth Welfare Association stages protest against the BRO outside the BRTF office at Kimin.
The protest comes after Kimin was shown as being in Assam during a road inauguration by Defence Minister Rajnath Singh. pic.twitter.com/wTxEmKsk5C

The Twitter handle of the Defence Minister’s Office said that he was on a visit to Assam, though he did not say the ceremony had been held in that state.

Leaving New Delhi for a two day visit to Assam. Shall…

Playing romantic character at 13 was not easy: Samskruthy