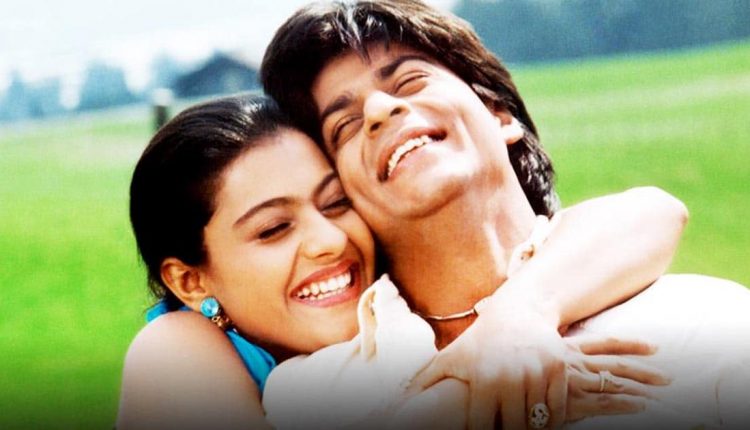 Dilwale Dulhania Le Jayenge may already be almost 25-year-old, but it has still not aged in our hearts. Fans are still not over this movie, and they still love to reminisce the magic that Shah Rukh Khan and Kajol created on the screen. There were many moments in the film which fans really cherish, but one scene had become the talk of the town, and it still is.

The scene we are talking about here was supposed to be a steamy bed scene when Aditya Chopra was writing it. But SRK and Kajol could not stop laughing the entire time they were shooting for it, and they took several retakes. Keep scrolling further to know the entire scoop.

According to reports in Pinkvilla, when Kajol and Shah Rukh Khan were all set to shoot this so-called steamy bed scene, they were constantly in splits and took several retakes to get it right. “There was a scene in DDLJ for which Shah Rukh and me went on for two entire magazines. It was that zipper scene, I would pull down the zipper, and both of us cracked up, we just couldn’t stop laughing,” added the actress.

Well, we now know that we have ruined this particular scene for you as when you watch it the next time, you might picture a laughing SRK and Kajol.

It’s been 25 years since DDLJ released in 1995, and people still believe in the concept of true love, the Shah Rukh Khan, Kajol film didn’t just instil love in everyone’s heart, but it also taught people to fight for their love and never give up. Such has been the impression that is still etched in everyone’s mind. Reportedly even director Aditya Chopra was unaware of what a masterpiece he has created.

Must Read: Kangana Ranaut Undergoes Body Scan For Her Role As Indira Gandhi In Emergency

The post When Shah Rukh Khan & Kajol’s Steamy Scene In DDLJ Resulted In The Wastage Of Two Entire Magazines, Here’s Why! appeared first on Koimoi.