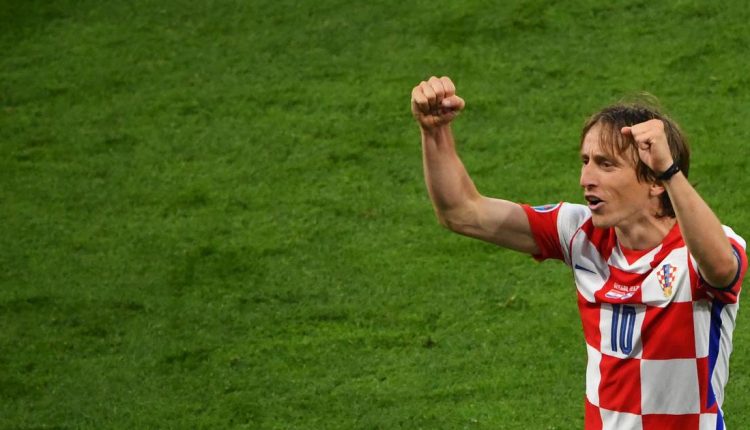 A masterclass from Croatia’s Luka Modric extinguished Scotland’s hopes of reaching the last 16 at Euro 2020 with a 3-1 win on Tuesday.

With both sides needing a win to secure their place in the knockout stages after taking just one point from their opening two games, Croatia’s greater experience in controlling their nerves across 90 minutes was telling. But the standout factor was one man – Modric.

Callum McGregor cancelled out Nikola Vlasic’s early opener to give the hosts hope heading into half-time.

But Modric showed the class that made him the man to break Lionel Messi and Cristiano Ronaldo’s grip on the Ballon d’Or in 2018. He hit a stunning strike from the outside of his foot just after the hour mark to restore Croatia’s lead.

In the process, he became the oldest scorer for Croatia at Euros, along with being the youngest.

The 35-year-old, playing in his 62nd game of the season for club and country, received the ball on the edge of the box and fired into the top corner with the outside of his right foot.

“No one is sure how Luka manages that,” Croatia boss Zlatko Dalic said of the Real Madrid midfielder.

“We expect that Luka will go down, lose his strength, but he…

As vaccinations drop from 90 lakh on Monday to 54 lakh on Tuesday, Congress criticises Centre

COVID has hit with fury; despite a year to prepare, we were…

Communal clash in Rampur, one killed