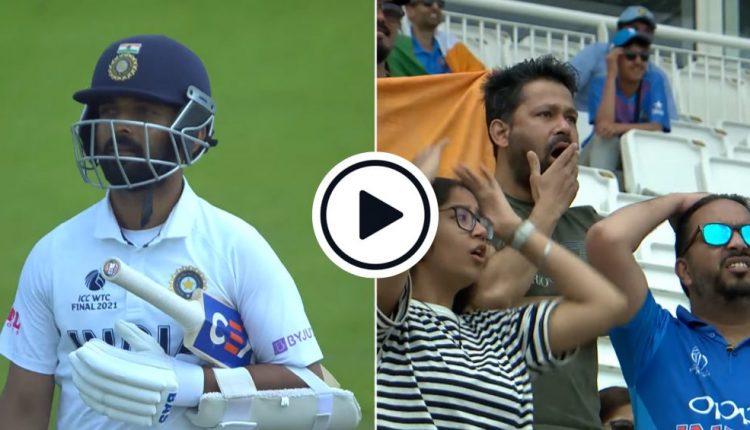 There was a moment of mirth during India’s second innings of the World Test Championship final, though it wasn’t so amusing for the fan at the centre of it, with his joy at being the focus of the camera’s attention turned to despair as Ajinkya Rahane fell in unfortunate fashion at a pivotal juncture.

The fan was seen jumping and dancing in support of India, pointing into the camera and being broadcast to the world. Rahane had hit a boundary the ball before, and India were in a decent position, on 109-4 with the final lunch break nearing.

However, the very next ball, India’s No.5 tickled a Trent Boult delivery angled down the leg-side to the keeper, and happiness was turned into sadness.

With the video shared widely on social media, plenty of others saw the funny side. The fan isn’t the first to go viral at an ICC event for a humorous reaction, with a Pakistan fan at the 2019 World Cup becoming a meme which has transcended cricket.

Whether that is to be the fate of this individual remains to be seen.