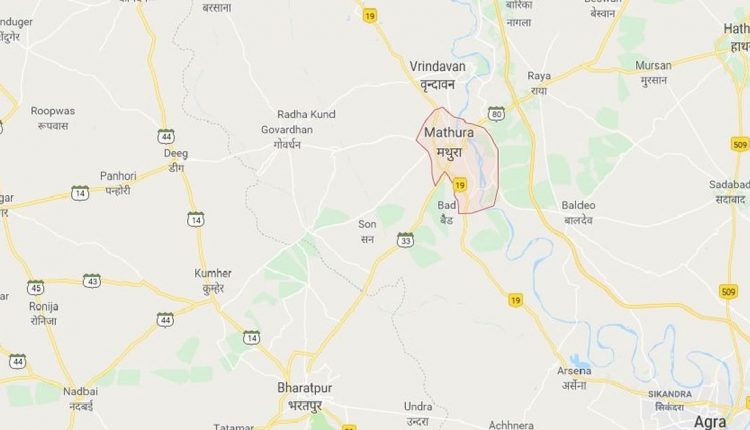 Three men in Uttar Pradesh’s Mathura city allegedly assaulted a 17-year-old girl and threw her off the second floor of her flat, News18 reported on Wednesday.

Two of them have been arrested, Rural Mathura Superintendent of Police Shrish Chandra said. “Investigation is underway and the third accused will also be arrested,” he added. A case has been filed against them for attempt to murder and molestation.

The incident, which took place on Monday night, was caught on a CCTV camera. The footage showed the girl landing on the ground and passers-by running to save her as the men escape from the spot.

The girl has been admitted to a private hospital, according to News18.

In his complaint to the police, the teen’s father alleged that the accused had been stalking her since the last few months.

He said that on Monday, one of the accused called him, saying that he wanted speak to his daughter. The father said that he refused and the man started abusing him.

Soon after the call, the accused came to the girl’s house and tried to take her away, the father alleged. When the family raised an alarm, they threw her off the second floor of the house.

The girl’s father said that she…