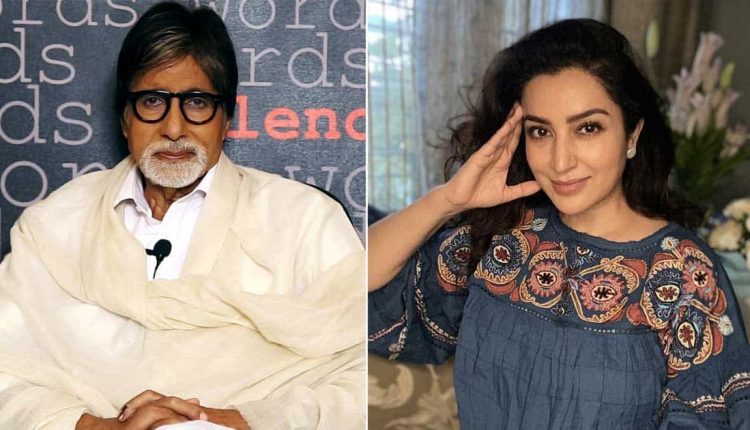 Actress and author Tisca Chopra was in for a surprise when she received a letter from actor Amitabh Bachchan. She took to Instagram on Tuesday, to share the pleasant news.

Amitabh wrote to Tisca, appreciating her latest book “What’s Up With Me?”

Uploading a picture of herself with the letter, Tisca Chopra wrote: “Couldn’t have asked for a better recommendation — thank you ever so much for your kind words @amitabhbachchan sir.. your words mean the world to me!”

Tisca Chopra further wrote in the caption, what Amitabh Bachchan had written to her: “I hope ‘What’s Up With Me?’ Will reach many young girls and their parents. And will help shape a different – less stifling, more scientific narrative around menstruation in India.”

The post Tisca Chopra Receives A Letter Of Praises From Amitabh Bachchan! Deets Inside appeared first on Koimoi.

Always wanted to be involved in all aspects of filmmaking:…

Over 70 arrested in Spain for human trafficking

Respite from heavy rains in Karnataka