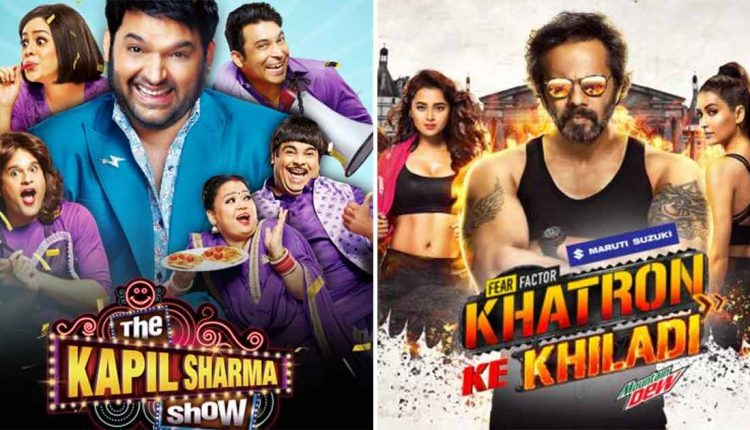 Indian television is strongly backed by some hit reality shows and The Kapil Sharma Show and Khatron Ke Khiladi are two of them. Both the shows are coming up with their next season. While the date for KKK is officially out, TKSS is still in the pipeline. To heat up the buzz around them, let’s take a look at the battle which was closely fought between the two.

Today we’ll be considering the opening week numbers of the last seasons of both reality shows. As Kapil’s weekend show has a comedy genre, it’s always the center of attraction for the family audience. But that’s not the case always as once KKK’s numbers presented a whole different picture.

The Kapil Sharma Show’s new season started towards the end of 2018. The premiere weekend saw team Simmba – Ranveer Singh, Rohit Shetty and Sara Ali Khan, gracing the show. As expected, the opening weekend numbers were really huge with 8.1 million impressions coming in. Initially it looked like an unprecedented feat, which was surprisingly surpassed by Khatron Ke Khiladi 10.

Shweta Tiwari’s House Is a Mesmerising Photoshoot Location In Itself – See Inside Pictures!

Khatron Ke Khiladi 10 recorded 8.39 impressions during its opening weekend. It premiered towards February end in 2020. Although with a slight difference, KKK did wonder in TV ratings!

So, will history repeat yet again? Well, nothing could be said as of now as both the show are amongst highly anticipated ones. KKK’s season 11 premieres on 17th July and with so much buzz over Rahul Vaidya, Divyanka Tripathi and others’ participation, we expect a huge turnaround in top charts.

The post The Kapil Sharma Show Had Lost To Khatron Ke Khiladi 10, Will The History Repeat? appeared first on Koimoi.

‘They’re trying to kill Assange because he spoke the truth’:…

The quiet Sun is much more active than we thought