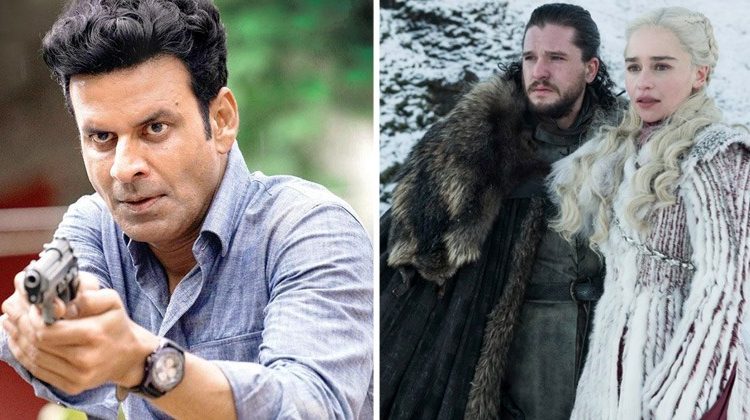 It seems like Manoj Bajpayee’s The Family Man web series was the one thing on Indian OTT platforms that everyone in the country had been talking about for the longest time.

There had been so much craze around the recent release of the second season of the show, something which has been usually familiar with the shows of the West such as Breaking Bad, Game of Thrones, and others.

This truly goes on to show that you just need a talented cast, good direction to revolve around a perfect plot to really garner love from fans all around.

In fact, such has been the success of the show featuring Bajpayee, Samantha Akkineni, and Sharib Hashmi, that it has been put under the coveted top 100 list of most popular TV shows in the world by IMDb.

Not only that, under the list, it sits at the fourth position just behind Marvel’s Loki starring Tom Hiddleston, the new Netflix original, Sweet Tooth, and Mare of Easttown starring Kate Winslet.

And what will certainly be cherry on top for creators Raj & DK, The Family Man has gone ahead of the likes of cult shows like FRIENDS and Game of Thrones.

Well, it indeed was some emphatic news for Raj & DK, who took to Instagram to share the news with fans.

The rankings for the shows are all based on user votes, with the global rankings constantly changing with time according to the preferences of the viewers.

However, what certainly cements The Family Man’s status as an elite TV show not just in India but across the world, is that it is the only Indian show that appears in the top 100 list of IMDb.

Now, following the success of the second season, Raj and DK spoke about where Season 3 of the show would be heading.

“The story was always there. Not that particular scene (the last sequence) but the idea of where the show is heading was always there even as we wrote season two. As we were discussing season two, we were discussing other ideas that are going to come later. So we knew where it was heading, what world it was going to focus on, and what kind of things are going into it,” said the creators while speaking with Indianexpress.com.

Till the time I play sport, I’ll train like a maniac:…