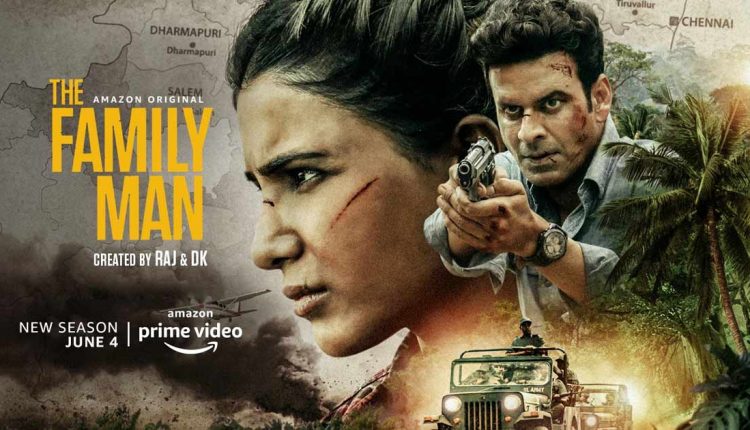 Stepping up their campaign against the Amazon Prime web series ‘The Family Man 2’, the members of the Eelam Tamil diaspora have urged the Tamil film industry to stop showing the victims of genocide in a bad light.

The controversial hit series has come under fire from Tamil organisations for the ‘negative’ portrayal of Sri Lankan Tamils.

“We, as victims of the biggest genocide in this century, note with concern the falsification of the just struggle of Eelam Tamils against the state oppression in the above web series and strongly condemn it,” a media release issued by the organisations stated.

The organisations have expressed their anguish over Tamil actors and scriptwriters being roped in for the said web series.

The diaspora organisations have also debunked the makers’ claims that the web series is a work of fiction, alleging that it’s a deliberate attempt to malign Sri Lankan Tamils.

“Although the directors/producers of ‘Family Man 2’ have stated that the series is a fictional product, the usage of words such as ‘Eelam Tamils’, ‘Point Pedro’, ‘Eelam’ and ‘North Sri Lanka’ as well as similarity of scenes to the last stages of the genocidal war in Sri Lanka and violent streaks exhibited by the characters clearly demonstrate the fabricated agenda to illustrate the Eelam Tamils as people prone to mindless violence,” the statement read.

The Eelam Tamil organisations have objected to the depiction of Eelam Tamils as terrorists, wherever they reside.

“For the past 12 years, we have been seeking remedies against the injustices caused by the genocide in a peaceful manner and in accordance with the mechanisms of international laws. Still these kinds of steps are being taken with the aim of suppressing our efforts,” the statement added.

As the first step, the Sri Lankan Tamil diaspora had registered their protest through memorandums to Amazon Prime head office for its part in releasing the web series on its platform.

The post The Family Man 2: Lankan Tamil Diaspora Step Up To Protests Against The Makers Of The Show appeared first on Koimoi.

Adivi Sesh Sends Birthday Wish To Rahul Ravindran: “You Truly Have The Best Heart Of Anyone I Know”