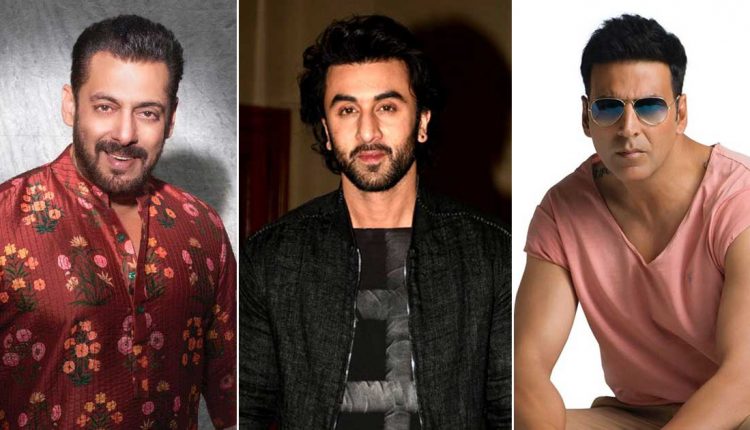 The month of June will end in just a week, so we are here with a list of the highest grossers of the month. This list includes veterans like Salman Khan and Akshay Kumar, but interestingly, it’s the young brigade of Bollywood leading from the front. The top 10 grossers’ list is topped by Ranbir Kapoor’s Sanju.

Before we get started, let us clear that the list is inclusive of the films released since 2011. We can see a big competition between Salman Khan and Akshay Kumar. Have a look to know who’s the winner.

Mohit Suri’s thriller is in the 10th position. Ek Villain was blessed with really good music and brilliant performances of the cast. While the duo of Shraddha Kapoor and Sidharth Malhotra was loved for their adorable chemistry, it was Riteish Deshmukh’s psycho act that stole the thunder. It made 105.50 crores at the box office.

Multistarrer comedy led by Akshay Kumar is at 9th place in the highest June grossers of Bollywood. It was the madness of the entire cast which drew a family audience in a large number to theatres. It made 107.70 crores.

Another Akshay film on the list. Standing at 8th, Holiday is one of the films that helped Akshay in establishing a firm hold on the box office during the initial days of box office clubs. It earned 112.65 crores.

Salman Khan in a comic caper is one of the successful formulas for the filmmakers. The film had a strong supporting cast and of course, Salman’s ‘Dhinka Chika’ was the icing on the cake. It made 120 crores and is at the 7th position

It’s 2nd Salman film on the list. The film was an average affair at the box office, but still managed to made it to the 6th position. It made 121.25 crores in India.

Akshay Kumar’s first solo 100 crore film is at the 5th position. It’s one of the most loved mass entertainers in recent time. In its blockbuster run, Rowdy made 131 crores in India. It’s Akki’s 3rd film on the list.

Salman Khan’s 3rd film on the list! There’s nothing to talk positively about Race 3 except its surprising numbers. Despite all the negativity, the film managed to earn 169 crores.

Bharat did work at the box office but not as expected. Despite average word-of-mouth, this Salman’s film made 209.36 crores and it’s his 4th film on the list.

Game changer for both Shahid Kapoor as well as Bollywood is at the 2nd place. Kabir Singh achieved several milestones in its theatrical journey. It made 278.24 crores and is proudly holding a tag of the highest-grossing adult-rated film of India.

Ranbir Kapoor’s Sanju is ruling the list with a mammoth sum of 341.22 crores. The film is a modern-day cult and one of the highly acclaimed biopics of Bollywood.

Must Read: Kartik Aaryan Finally Has A Good News! Teams Up With Sajid Nadiadwala For ‘Satyanarayan Ki Katha’

The post Salman Khan vs Akshay Kumar Is A ‘Popcorn Battle’ But It’s Ranbir Kapoor Ruling The Roost – Highest Grossers Of June appeared first on Koimoi.

No move to withdraw free power to farmers: Punjab CM

Kerala HC refuses to interfere with plea for state to impose…