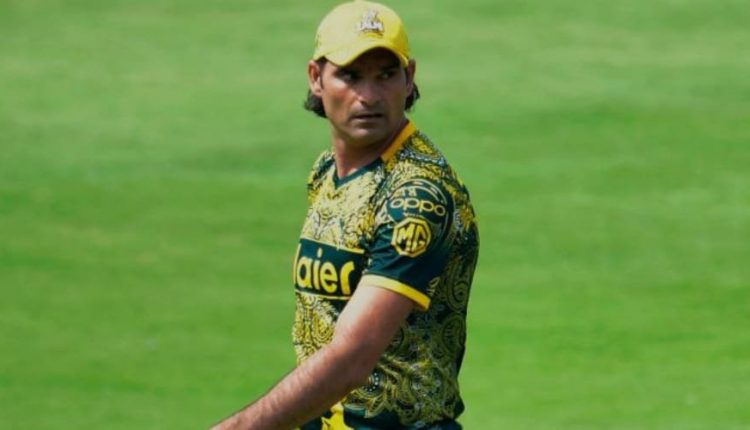 The PSL 2021 semi-final between Peshawar Zalmi and Islamabad United courted controversy after Peshawar were denied a substitute fielder for the injured quick Mohammad Irfan for a brief period.

Peshawar Zalmi went through to the final of the 2021 edition of the PSL with a win over Islamabad but were left seething after a controversial incident surrounding Mohammad Irfan’s injury.

Left-arm quick Irfan left the field due to an injury after he cramped up following the final over of his spell. Irfan had chased down a ball in the previous over and it seemed like he pulled up immediately after. He went outside the boundary rope and received treatment from medical staff even as Zalmi brought in Haider Ali as a substitute.

However, umpire Aleem Dar was seen holding a lengthy discussion with skipper Wahab Riaz, apparently questioning Irfan’s injury as the 39-year-old had completed his quota of overs and seemed fine at the time.

Zalmi were eventually denied a substitute, even as Pommie Mbangwa on commentary stated that the umpire’s “don’t believe him”.

“So what they’ve said is he’s bowled five deliveries with no trouble. And when he’s finished, he’s now saying ‘I can’t field, I’m injured’,” Mbangwa said on air.

Irfan had also missed a match earlier in the week with an injury and there was speculation that he carried the injury onto this game, in which case he could not be granted a substitute.

The Zalmi skipper and coach Daren Sammy were seen remonstrating with the officials during the strategic break, as discussions became quite animated. For two overs, Zalmi fielded just 10 players. They were finally granted a substitute in the 15th over after a neutral doctor declared Irfan wasn’t fully fit.

Zalmi, however, went on to chase down the target of 175, with Hazratullah Zazai firing another half-century and Jono Wells and Shoaib Malik then seeing Zalmi through till the end with an unbeaten third-wicket stand.

Political front against BJP not possible without support of Muslims: Imtiaz Jaleel

Tharoor to Modi: My wife is priceless