Marks out of 10: Player ratings for New Zealand after the World Test Championship final 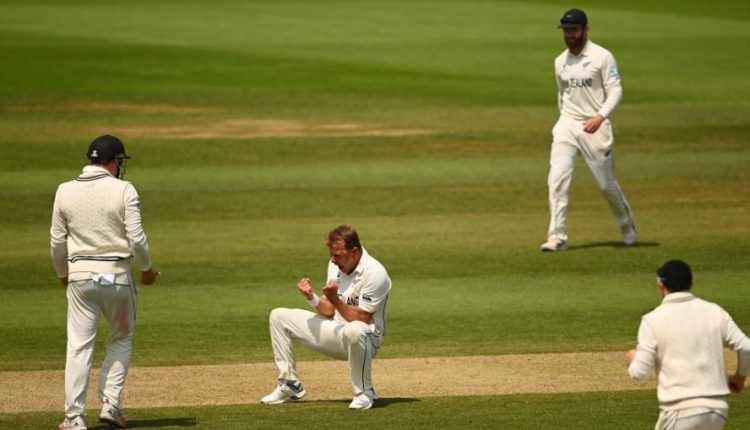 New Zealand battled past both a strong India and the adverse weather conditions in Southampton to become the first ever winners of the World Test Championship.

Their journey to victory was defined less by reliance on a handful of individuals but rather a strength in depth that across all positions that is unrivalled in the Test game.

Here’s a look at how the XI picked for the finale at the Ageas Bowl fared in the all-important winner-takes-all contest:

Six may appear generous given he failed to pass 30 in both innings but the importance of his partnership with Conway in the first innings cannot be overstated. Putting on the highest stand of the Test – at least up until the Williamson-Taylor partnership that sealed the deal – against that India new-ball attack was some effort.

Another big tick for Conway at the start of his Test career. In difficult conditions against one of the best attacks on the planet, he looked the part.

His 49 was pivotal in helping New Zealand to a first innings lead – the knock was his slowest Test innings where he’s passed 30. Anchored a tricky run chase perfectly on the final day.

Added impetus to the run chase just as it looked like the required run rate would play a factor. One of New Zealand’s greatest careers has the peak it deserves.

The only member of the top five not to provide a meaningful contribution with the bat, but a clutch catch in the third innings meant he still had his say. Nicholls finishes New Zealand’s World Test Championship as his side’s third leading run-scorer.

Kept masterfully in his final game as an international cricketer, even after he dislocated his ring finger on the final day; received the send-off his career deserved.

Didn’t get many in New Zealand’s first innings, was probably over-bowled in India’s first and wasn’t needed in their second.

Another who has enjoyed an extraordinary start to his international career. With his towering release point, pinpoint accuracy and ability to move the ball in both directions he very much looks like the real deal. He possesses a handy knack of getting the opposition’s best players out.

Took the wickets of both India openers on the penultimate evening to nudge the door open for a New Zealand win. At the end of the innings he ensured that the India tail would not be an irritation either. Southee passed 600 international wickets during the Test – a titan of New Zealand cricket.

Wagner provided the crucial breakthrough of a well-set Rahane in the first innings and, as always, gave the Blackcaps attack a different avenue of attack.

Boult bowled beautifully on the final day, sucking the life out of the India middle-order.

The post Marks out of 10: Player ratings for New Zealand after the World Test Championship final appeared first on Wisden.

Glacier melt in Himalayas to increase rapidly till 2050, then may decrease, says study by IIT

Explained: What is a ‘Major non-Nato Ally’…

Fifth Test: India’s top order fail yet again as they…