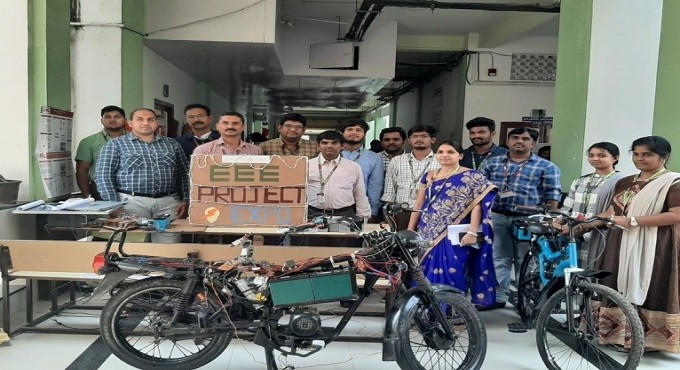 Hyderabad: Students from KL Deemed to be University, AP, have developed an e-Bike (electric bike) with wireless charging technology. The prototype was developed by a team of six third and fourth students from the Electrical and Electronics Engineering (EEE) department along with a few university alumni members.

The e-bike has features including cell balancing and wireless charging which are only available in a few places around the world, the university said on Tuesday. It can travel at a maximum speed of 55 kmph with a charging capacity that can cover between 85 to 100 km in standard conditions in a single recharge that takes five hours.

The charging technology is coupled with the programmable cell balancing feature that releases maximum battery potential for a long-lasting charge, it said.

Opinion: Rise of Raisi and its effects