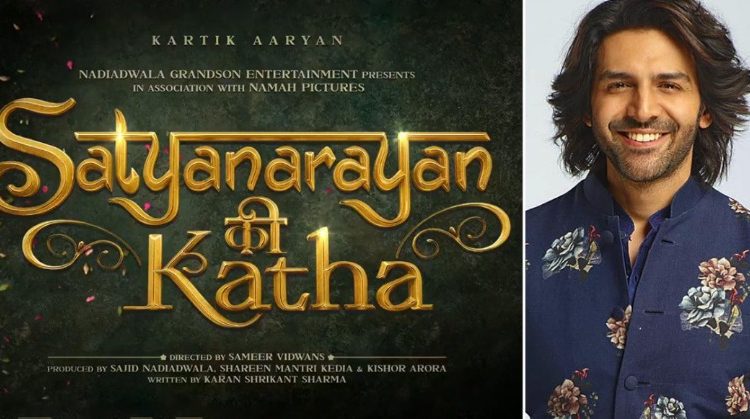 After losing on a few projects, Kartik Aaryan is back even stronger and has announced his forthcoming film titled ‘Satyanarayan Ki Katha’. The film is being directed by National award-winning director Sameer Vidwans under Namah Pictures and Sajid Nadiadwala’s banner Nadiadwala Grandson Entertainment.

After he shared the teaser, people started trending Kartik on Twitter and started to celebrate his upcoming movie. People had goosebumps after seeing the teaser and have already declared it a blockbuster. Some even bashed Dharma Productions and said that he is unstoppable. They are excited to see Kartik’s journey and him growing with each passing day.

Here’s how people reacted to the surprise announcement:

Speaking about the film Kartik Aaryan says in a statement, “I have been wanting to work with Sajid sir for some time now, I couldn’t have asked for better collaboration. I’m extremely happy that I am a part of Sajid Sir, Shareen, and Kishor’s vision. Satyanarayan Ki Katha is a musical love saga that brings together a powerhouse of people who are National award-winning names. It’s also a first for me with Sameer Vidwans sir who has an astute sense of making sensitive topics highly entertaining.”

“Honestly, I feel immense pressure and responsibility, since I am the only member in this team without a National award,” adds Kartik.

Sajid adds that the film has been a ‘visionary’ project for him. “This will be our first time working with Kartik, and he brings new energy to the project. Through Satyanarayan Ki Katha, we are looking forward to bringing the ultimate love story to the audience.”

Satyanarayan Ki Katha will go on floors towards the end of this year and will hit theatres in 2022.

For the unversed, the film’s director Sameer Vidwans and producers Sajid Nadiadwala and Namah Pictures won a National Award for their films Anandi Gopal and Chhichhore, respectively in 2019.

Excited about this project featuring Kartik? Let us know in the comments section below.