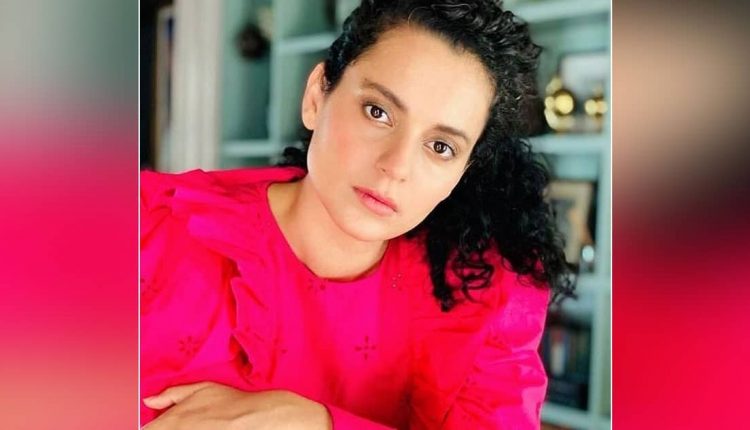 Actress Kangana Ranaut took to social media on Wednesday to share the news with fans that she is undergoing a body scan to play Indira Gandhi in her next film titled “Emergency”.

Kangana will essay the role of former Indian Prime Minister Indira Gandhi in the upcoming political drama that she will also produce. The film will reportedly feature the Emergency and Operation Blue Star.

On Wednesday, Kangana Ranaut shared a couple of videos on Instagram Story where she is seen going through a body scan process as part of her preparation for the role in the office of her production house, Manikarnika Films.

“Guess what is going on in Manikaran Films? Body scan for film Emergency, time to get into Madam Prime Minister Indira Gandhi Ji’s skin,” Kangana Ranaut shared on her Instagram story.

The film is being written and directed by Sai Kabir, who helmed Kangana’s 2014 release “Revolver Rani”.

On the work front, Kangana Ranaut awaits the release of her film Dhaakad. The film, that is touted as a spy thriller, will see Kangana play Agent Agni, while Arjun Rampal plays the antagonist Rudraveer. The Razneesh Razy Ghai directorial is slated to release on October 1. Apart from Dhaakad, Kangana will also feature in Thalaivi and Tejas.

Must Read: Himesh Reshammiya On Tere Bagairr: “With This Melody You Can See The Outcome Of The Romantic Number Is Simply Perfect”

The post Kangana Ranaut Undergoes Body Scan For Her Role As Indira Gandhi In Emergency appeared first on Koimoi.

Nicki Minaj Defends Michael B Jordan Over Name Of His New Rum Brand, Shared Some Advice Too

Why is ‘The Disciple’ being likened to ‘Pather Panchali’ – and not in a good way?