J&K special status must be restored, says Mehbooba Mufti ahead of key meeting with PM Modi 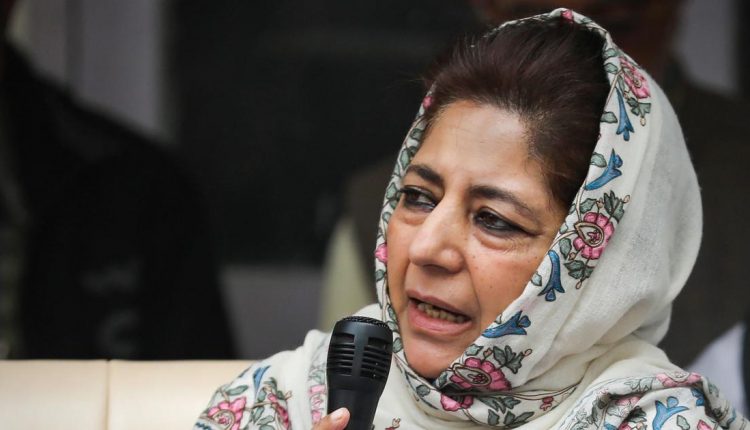 Political parties in Jammu and Kashmir want the erstwhile state’s special status restored and will not settle for anything less, Peoples Democratic Party President Mehbooba Mufti told the Hindustan Times in an interview on Tuesday.

Mufti’s remark came two days before the Centre’s meeting with political parties from Jammu and Kashmir in Delhi. The meeting marks the Narendra Modi-led government’s first major outreach to Kashmiri political leaders since it scrapped the erstwhile state’s special status under Article 370 of the Constitution in August 2019.

The former Jammu and Kashmir chief minister said the People’s Alliance for Gupkar Declaration, a coalition of six regional political parties, was clear about its agenda before the meeting

“What happened in August 2019 is unacceptable,” Mufti told the Hindustan Times. “Article 370, which gave the state its special status, was unconstitutionally removed. It was a bridge that also connected us emotionally to the rest of India. We will not settle for less. We want Article 370 to be restored.”

On being asked about the Centre repeatedly ruling out restoring Jammu and Kashmir’s special status, Mufti said: “Nothing is cast in stone”.

Messi back to his best and looking forward to Clasico