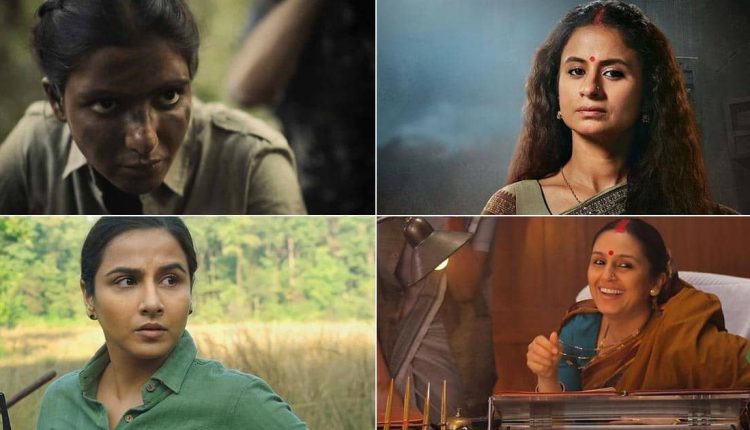 The world of OTT is reimagining female protagonists with a different perspective. As the spotlight shifts on woman power in the digital space, characteristics of the heroine that was hitherto untapped have come to the fore.

A recent instance is Vidya Balan’s new release “Sherni”, where she is seen playing a forest officer caught in the quagmire of the sexism-laden ‘sarkari’ workplace, even as she fights to protect wildlife. Through the eyes of Vidya Vincent, her on-screen character, the film looks at rapid erosion of forest land, poaching, the threat to wildlife in the name of development and chauvinistic “babu culture”.

For Vidya Balan, “Sherni” refers to all women who derive their identities from the work they do. She agrees the digital platforms get instant reactions.

Varun Sood Gets Showered With Hugs & Kisses From Girlfriend Divya Agarwal As He Returns From KKK11 Shoot & It’ll Definitely Make You Miss Your Better Half!

“What happens is when a film releases you need to wait until Saturday morning to know how it is received. When it is a theatrical release the box office matters the most. Whereas with ‘Shakuntala Devi’, the film was released at midnight and when I woke up the next morning, I had a barrage of messages from people who stayed up the night before to watch it at 12am. So, I think I wasn’t expecting to receive feedback instantly. I think both are great,” Vidya Balan told IANS.

Samantha Akkineni made an impactful digital debut with the second season of “The Family Man 2″, as the antagonist Raji, a Sri Lankan Tamil terrorist. The role is complex, and Samantha has very few lines to speak. Her character balances her vulnerability as a person who knows nothing beyond her movement and what she perceives is her idealism, and at the same time, she is a ruthless person who will go to any extent to get what she wants.

Then there is actress Huma Qureshi in the web series “Maharani”, which tells a story of an illiterate wife of an indisposed chief minister being pushed into the hot seat of Bihar politics. The series made it easy to understand the much-talked-about fodder scam.

“It’s not often that you get to portray a character that lets you explore so many layers as a performer. Rani Bharti has been a delight to play. She starts off as someone whom we all know and relate to but what she goes onto become is someone few of us can aspire for,” Huma said.

One of the most powerful and unusually imagined female roles on OTT has been Shefali Shah as the fierce cop DCP Vartika Chaturvedi in web series “Delhi Crime”, which won the Best Drama Series award at the 48th International Emmy Awards.

Shefali in an interview to IANS recalled how, back in the day, Bollywood reduced its women characters to props, noting how the OTT space and new-age films have ushered change. “That has changed. OTT has opened the world to us as actors and heroes as well. We are going back to that stage, “she had said.

Rasika Dugal has been one of the biggest success stories in the OTT era. She wowed the audience with her role in season one and two of the web series “Mirzapur” as Beena Tripathi.

Rasika broke the taboo of talking about female desires with her character Beena, and she eventually metamorphosed from a demure bahu to a fierce woman.

During a Twitter chat with IANS, Rasika said: “(It) was a relief to have female desire acknowledged. (It was) an interesting departure and therefore liberating to explore such a beautifully flawed character. I lived vicariously through Beena,” Rasika told IANS on Twitter when questioned.

The post From Samantha Akkineni In The Family Man 2 To Vidya Balan In Sherni & More – Female Leads Ruling OTT! appeared first on Koimoi.

Student accused of rape is innocent