Friends: ‘Fake Joey’ Louis Mandylor Was About To Become ‘Real Joey’ Instead Of Matt LeBlanc But This Happened! 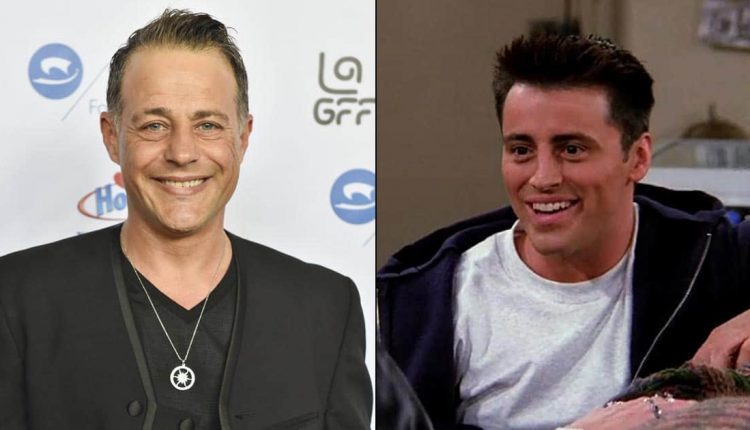 Almost a month since its reunion episode aired, we still cannot get enough of Friends. From re-watching the entire 10 seasons to the bloopers, reunion and more, my browser history is currently most surrounding this hit and much-loved sitcom. In it, we came across amazing trivia. Did you know Australian actor Louis Mandylor was almost cast as Joey Tribbiani instead of Matt LeBlanc?

Well, this is 100% true. In fact, show creators Marta Kauffman and Kevin Bright spoke about it and admitted that the casting had come down to LeBlanc and Mandylor for the role in the series. But fear not, Louis still had his name in the credits of Friends. Read on to know how and why he lost the role and also about his guest appearance.

A report in Bright revealed that Matt LeBlanc “went down to the wire” in order to get the role of Joey Tribbiani in Friends as the creators were debated between him and another actor. While talking about it, Matt revealed his competition – Louis Mandylor, still made it on the show but not as the real Joey but his fake, identical twin brother – who has also once made him lose an advertisement.

Nicki Minaj Defends Michael B Jordan Over Name Of His New Rum Brand, Shared Some Advice Too
Vin Diesel Addresses His Reported Feud With The Fast & Furious Co-Star Dwayne Johnson: “I Would Do Anything I’d Have To Do”

Talking about how he actually bagged the role of Joey Tribbiani in Friends, Matt LeBlanc revealed he went bar-hopping with his pals and was too drunk when he went to the toilet during the night. Recalling the incident, he said, “I got up too fast and—I can’t believe I’m telling you this—I kind of blacked out, as you do, and fell face-first into the toilet. I hit my nose on the bottom of the toilet seat and a huge chunk of meat came off my nose. I’m looking in the mirror and it’s bleeding.”

When he turned up for the audition with the visible scar, he was questioned by the makers regarding what happened. On learning the truth, they felt it was a genuine Joey type accident and offered him the job.

But it wasn’t the end for Louis Mandylor. Despite not making it as Joey in the show, Mandylor featured in season 6, episode 17 of Friends – The One With Unagi. In it, Louis appeared as Matt LeBlanc’s ‘identical twin’ in hopes of making $2,000 by entering a medical research test. Check out his performance in it here:

Stay tuned to Koimoi for more such trivia.

The post Friends: ‘Fake Joey’ Louis Mandylor Was About To Become ‘Real Joey’ Instead Of Matt LeBlanc But This Happened! appeared first on Koimoi.