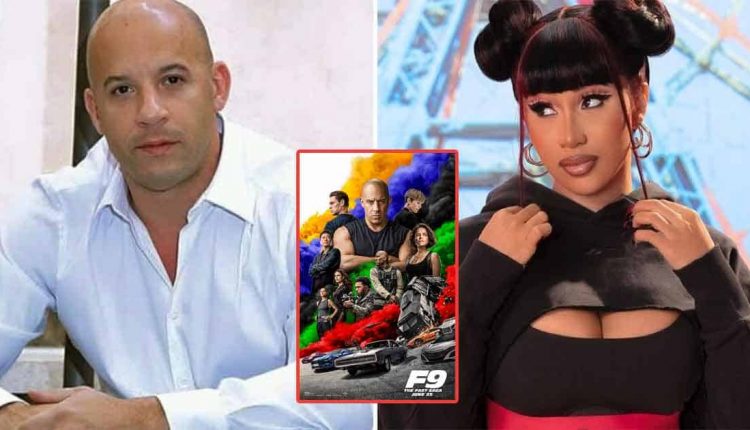 Cardi B Will Continue To Be A Part Of Fast & Furious Finale (Photo Credit: Instagram & IMDb)

The craze that the Fast & Furious saga has created for itself is insane. And the level of insanity is about to touch the ceiling as the franchise is all set to meet its conclusion in the last two films. But the biggest mystery in this whole dynamic is the presence of singer-actor Cardi B in the next instalment after 9, and it’s 10 to be precise, we are excited too! Turns out Vin Diesel is also talking about it.

If you are late to the party, Cardi B stirred a whirlpool of excitement when she posted a picture with Vin Diesel from the sets of Fast & Furious. While it was confirmed that she is in the film, there was no confirmation about the runtime she is involved in. Vin has now confirmed that she is not in for a cameo but she is very much a part of the gang. Read on to know everything you should about this exciting update and also what Diesel has to say.

Godzilla vs Kong Box Office: Adam Wingard’s ‘Monster’ Is Now Of $100 Million+ In The Domestic Market

In Fast & Furious 9, Cardi B plays Leysa, who is described as “a woman who shares history with Dom.” Talking about her Justin Lin, the director of the film says, “I love Cardi, you know? I mean, it’s amazing she showed up and within a minute she’s part of the family, right?” Lin says. “And I love how when I got together with her, her and Vin were talking about the character because she’s actually really embedded into the overall universe, she’s been around for a long time and this is just the first time we are seeing her, so I’m really excited to explore that character of her.”