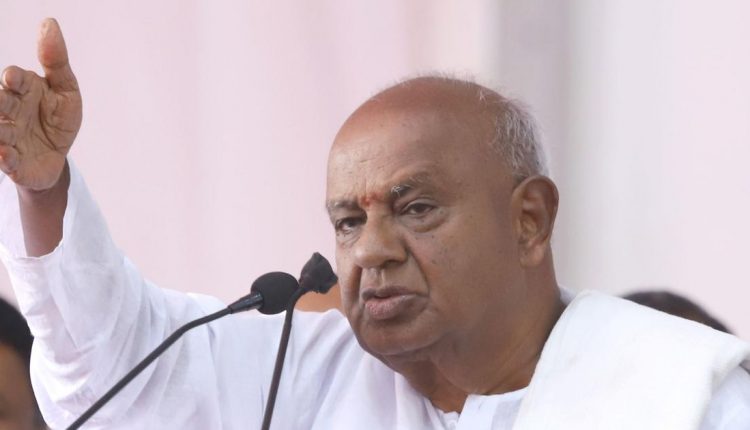 A Bengaluru court has directed former Prime Minister HD Deve Gowda to pay Rs 2 crore to a private infrastructure development company as damages in connection with a defamation case against him for statements he made during a television interview in 2011, Bar and Bench reported on Wednesday.

The Janata Dal (Secular) leader said it was a “loot project” and alleged that the company was grabbing land from the poor. He referred to the company’s promoter and Managing Director Ashok Kheny as a “notorious don” who colluded with certain government officials to indulge in dishonest and corrupt practices, Bar and Bench reported.

The counsel for the company submitted that the allegations made by Gowda were inaccurate and that the firm had no role in deciding the quantity of land required for the project, The Hindu reported. The counsel also contended that the project was approved by the Karnataka government.

The company had demanded Rs 10 crore from Gowda as compensation for damages to its reputation.

Gowda, meanwhile, questioned the maintainability of the plea. He argued that opinion and fair criticism of an individual or organisation…

Probe ordered against PS of three UP minister’s after…