As vaccinations drop from 90 lakh on Monday to 54 lakh on Tuesday, Congress criticises Centre 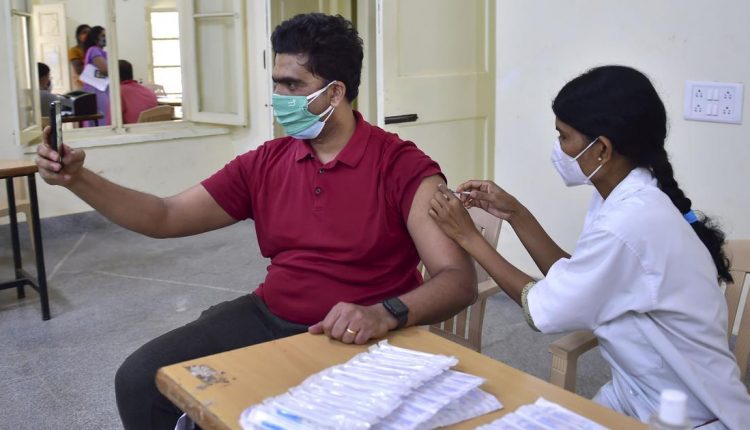 A day after achieving record high vaccination of more than 90 lakh doses, India administered only 54.22 lakh shots of coronavirus vaccines on Tuesday, prompting criticism from the Opposition.

Data on the government’s CoWin platform showed that 54,22,891 doses were administered in the country on Tuesday. This was a drop of more than 40% since Monday, when 90,86,514 shots were administered. The numbers are likely to be revised slightly after the final figures come in.

Health Minister Harsh Vardhan said on Tuesday morning that India had achieved the “highest ever single day coverage across the world” with 86 lakh vaccinations. However, on June 9, Nature reported that China had vaccinated two crore people a day for more than a week.

Congress leaders criticised the government’s claims. “Hoard on Sunday, vaccinate on Monday, and go back to limping on Tuesday,” former Finance Minister P Chidambaram said in a tweet. “That is the secret behind the world ‘record’ of vaccinations on a ‘single day’. I am sure the ‘feat’ will find a place in the Guinness book of records!”

Vikas Bahl not working on script with Kangana