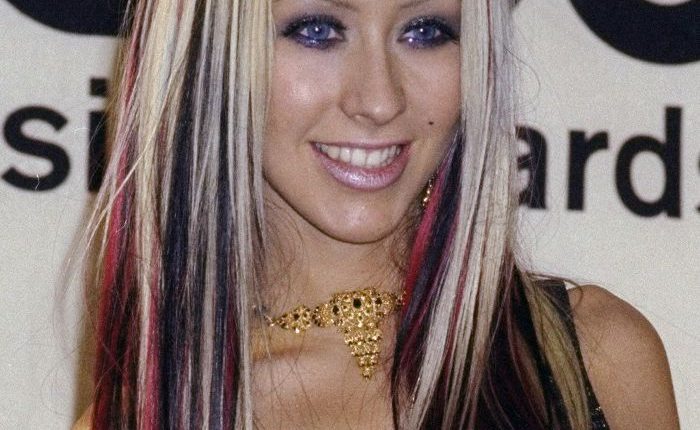 After several years of all things ’90s retaking fashion and beauty trends, it seems a natural progression that the 2000s followed suit. But if the ’90s were known for sleek, minimalist looks, the decade after them was known for just the opposite. “Hair in the 2000s was wild because everyone was trying to do something a little different that no one had seen before,” says celebrity hairstylist and Color Wow artistic director Joseph Maine. “There were really no limits and people were experimenting with different textures and accessories. It was a playful time for style.” And playful is right. From dramatic hair colors to iconic (and unique) haircuts, hair in the early aughts was in a beauty league of its own.

Although some of today’s fashion icons like Bella Hadid and Megan Thee Stallion are no doubt inspired by this time in fashion and beauty history, it’s evident that some styles may stay firmly in the past. Keep scrolling as we look back at 20 of the most memorable looks from the era (crimping included!), along with Maine’s expert insight.

Lopez famously topped off her braided hairstyle at the 2000 MTV VMAs with a white bedazzled bandana that matched her outfit.

We couldn’t help but wonder… if SJP hadn’t let her natural curls run loose, would Carrie Bradshaw’s style—and in turn, Sex and the City itself—be so iconic?

Berry’s is arguably one of the all-time great short haircuts from any era. “That pixie cut will really never go out of style, especially if you have the bone structure that Halle does,” says Maine.

Good news for Kelly: Her two-tone hair color is making its way back again, with celebs like J.Lo and Dua Lipa wearing the look recently.

The late singer-actress was ahead of every trend she wore, from her ombré hair color to her deep side part—a look that dominated the decade (sorry, Gen Z).

“This was an iconic hairstyle that was rarely replicated well,” says Maine of Aguilera’s multitonal look. “The sort of preciseness and choppiness of the cut and extensions helped give this a bit of edge.”

The crimper may have peaked in the ’80s, but it held on through the early aughts as evidenced by Tyra (and her smize).

Brandy’s contributions to millennium-era prom styles can’t be overstated. Case in point: This gorgeous upswept braid bun, which would have looked perfect for the occasion.

She flirted with pink, blue, and even brunette, but Gwen’s bleach blonde was one of the most iconic hair colors of the time (it even caught the attention of Martin Scorcese, who gave her the role of Jean Harlow in The Aviator).

The rapper made her signature short haircut even more of a statement look by dyeing it shades like lavender and red to match her red carpet looks.

Keri’s haircut in season 2 of Felicity caused ratings to drop, as well as actual death threats. In hindsight, though, her character was going through a breakup (who hasn’t been there?), and also, she looked pretty great!

The megastar has worn her hair in countless styles, but her long, Destiny’s Child–era waves set the tone for her look for years to come.

Don’t go pulling your Bump-It out of storage just yet, says Maine. “The poof is not coming back anytime soon,” He says, however, “Pulling the fringe area back a bit more sleek is a great way to modernize this look and even add some fullness to the crown area.”

“The piecey bangs with some hair half-up is definitely back In style,” says Maine, adding that he’d leave “the additional peek-a-boo braids” back in 2000.

Seemingly every celeb wore this gravity-defying blow-out—extra layered hair required. Also, a moment of appreciation for how little Gabrielle Union has changed since this photo, from the 2001 NAACP Image Awards was taken.

For a brief moment in the early aughts, Farrah Fawcett’s iconic hairdo came back in style. Of course, Gisele pulled the look off with aplomb.

This particular shade of dark red hair color only existed in the years 1999–2002. We don’t make the rules!

Along with her impossibly low-rise jeans, Brit’s love of headwear became one of her most notable style trademarks.

It’s the future she can see? With some slight styling adjustments, Raven’s Louis Vuitton logo scarf is just as in-demand today.

Blame LiLo for all our questionable side bangs circa 2003. Maine says it’s actually a great transition style: “I think side bangs are on the horizon with so many girls cutting curtain bangs recently,” predicts the hairstylist, adding that “The best way to grow them is by blending them into a bit of a side bang.”

Mischa’s O.C.-era waves would make Marissa Cooper proud. “This wavy texture is back in full force,” says Maine. “The best way to modernize this a bit is by using a waver with a [barrel] slightly larger than what Mischa used.”

Next, keep the early aughts flashback going with the 2000s fashion trends everyone will wear this year.