Yo Yo Honey Singh Once Complimented Neha Kakkar By Saying, “Your Voice Is Like S*x, Full Of Fun” 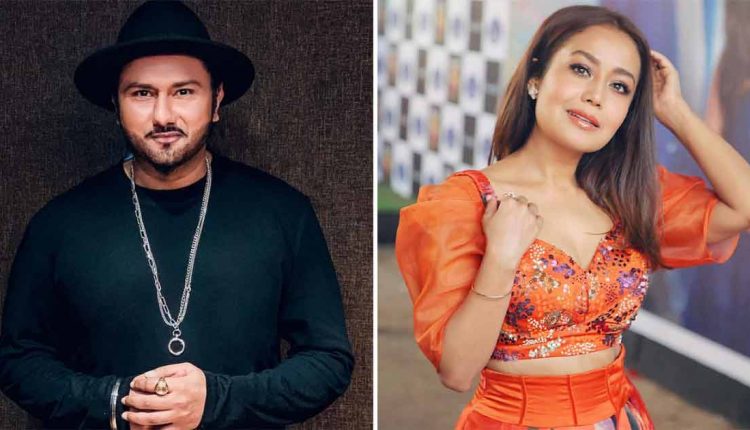 When Yo Yo Honey Singh Complimented Neha Kakkar By Saying, “Your Voice Is Like S*x, Full Of Fun” (Photo Credit: Instagram)

Neha Kakkar has lived a journey that has been proving an inspiration to many for years. Starting from getting criticised in Indian Idol to now having over 59 million fans on Instagram, she is a live example of how your talent could take you miles.

She was a crazy Shah Rukh Khan fan back in the day and has shared many fan moments with her. But, just like many of us, even superhit rapper Yo Yo Honey Singh has been a fan of Neha’s voice.

So much so that Yo-Yo even compared her voice with s*x. Yup, you read that absolutely right! Neha gained immense popularity after her song ‘Sunny Sunny’ with Yo-Yo in the film Yaariyaan.

In an interview published on Desi Martini (credited to Pinkvilla), Neha Kakkar revealed Honey Singh complimenting her voice. She said, “While recording ‘Sunny Sunny’ for Yaariyan, Honey Singh said to me that your voice is like s*x full of fun. That’s why my choice is always for party songs.”

Neha Kakkar also was very vocal about being a Shah Rukh Khan fan-girl; she said, “I was so crazy about him that I even did a song for him called SRK Anthem. When I recorded Tukur Tukur, I didn’t know it was for his film. I’m over the moon.”

Must Read: Kartik Aaryan Turns ‘Umbrella Man’ For His Fans

The post Yo Yo Honey Singh Once Complimented Neha Kakkar By Saying, “Your Voice Is Like S*x, Full Of Fun” appeared first on Koimoi.

Coach Sutcliffe tells FIFA to give away U-17 World Cup…

A Mother’s Day moratorium: A Chicago mom who lost her…