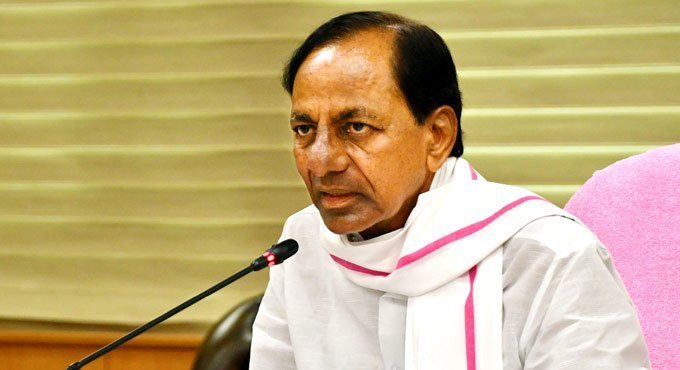 Nalgonda: Chief Minister K Chandrashekhar Rao called on the people of Vasalamarri village to work towards self-governance and self-sustenance by developing the village into a model village for all. He wanted them to work with the motto of ‘all for one and one for all’ and weed out discrimination or hatred towards each other in order to progress together.

Addressing the villagers at Vasalamarri in Yadadri Bhongir district here on Tuesday, the Chief Minister appointed District Collector Pamela Satpathy as the special officer for development of the village. He also announced that the government will release Rs 100-150 crore for development of the village after finalising the plans and proposals. But the funds should be put to use properly which will be possible only when the entire village works unitedly, he asserted.

“People should set aside their differences and should not allow any kind of discrimination – caste, religion or even politics. Development should be our caste and religion. I appeal to all to spare two hours per week for development of the village and we can transform the entire village within one year,” he said. He suggested constituting various committees including Village Development, sanitation and drinking water, agriculture and others.

On the occasion, the Chief Minister sanctioned Rs 1 crore for Bhongir municipality along with Rs 50 lakh each to the remaining five municipalities of Alair, Bhoodan Pochampalli, Choutuppal, Mothkur and Yadadri. He also allocated Rs 25 lakh each for 421 gram panchayats in Yadadri Bhongir district from the Chief Minister’s Relief Funds (CMRF) in addition to the funds sanctioned to all local bodies.

Earlier in the day, Chandrashekhar Rao performed special puja at Sri Rama temple in the village after his arrival. He also participated in the community lunch and consumed his lunch along with the villagers. To the delight of many villagers, he also served food to some of them.

Here’s how Patralekhaa wished beau Rajkummar on his…