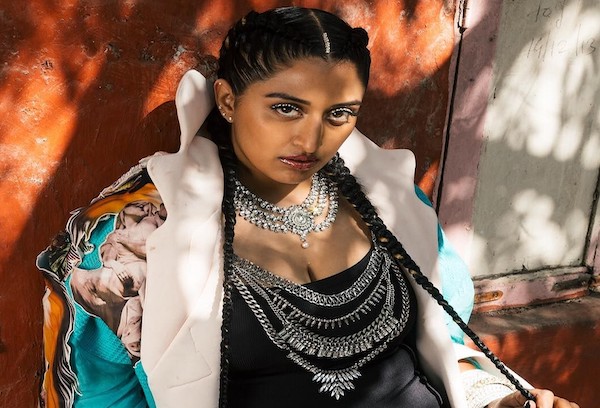 “When I entered the Indian rap scene in 2016, it was rare to see a woman on stage and even more rare to hear a woman on the mic. I decided early on to use my Influence to create a platform for female artistes and creatives in order to claim a space that could be safe for all of us,” claimed Raja Kumari, or Svetha Rao. She added: “It’s so exciting to feature Meba Ofilia, Dee MC and Siri on this all-female rap cypher out of India. From beginning to end, working on Rani Cypher has been a hands-on experience and I’m thankful to have worked with such a talented female led team.”Siri said, “(I am) So hyped for this one! A much-needed collaboration for the scene. The shoot was super fun — all of us in our element, exchanging positive energy.”

Dee MC said: “Super stoked to have worked with these amazing and talented ladies on ‘Rani Cypher’. This was definitely in the works for a while and I’m so glad it’s finally happened. Safe to say it sets a benchmark for all upcoming female collaborations.”

Meba Ofilia said, “I’m nervous, yet very excited! Honoured that I got to be a part of this unique project. Definitely a first for me, sitting down in a studio with artists from different parts of India (and the world!) to record a song. Colourless’ campaign in order to create a world in which people look beyond their differences, while also driving global unity.”

Doctor takes up wrong surgery on pregnant woman in Karimnagar