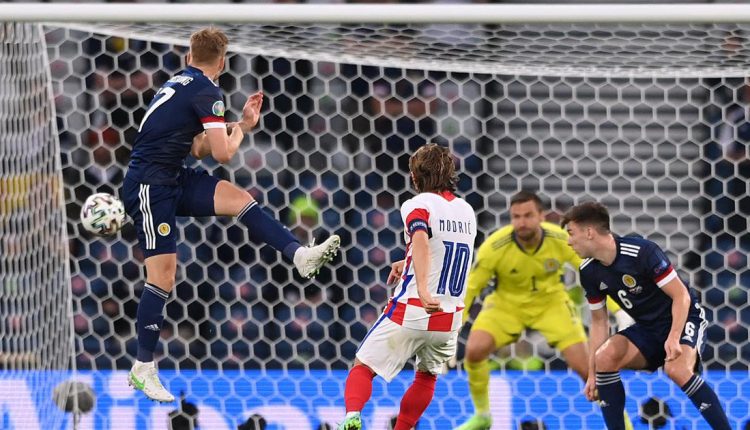 Scotland’s hopes of reaching the knockout stage of a major tournament for the first time were ended in a 3-1 defeat to a Luka Modric-inspired Croatia at Hampden Park on Tuesday that took the World Cup runners-up into the last 16 of Euro 2020.

After ending a 23-year wait just to qualify for a major tournament, another historic feat was beyond Steve Clarke’s Scotland side who were undone by a moment of magic from Modric.

Callum McGregor cancelled out Nikola Vlasic’s early opener to give the hosts hope heading into half-time.

But Modric showed the class that made him the man to break Lionel Messi and Cristiano Ronaldo’s grip on the Ballon d’Or in 2018, a stunning strike with the outside of his foot just after the hour mark restoring Croatia’s lead.

“No one is sure how Luka manages that,” Croatia boss Zlatko Dalic said of the 35-year-old.

“We expect that Luka will go down, lose his strength, but he is the force that pulls the whole team. Anything I would say about Luka would not be sufficient. I’m very proud to have such a player as part of our team.”

Watch: I love being aggressive but I try and play the situation too, says Rishabh Pant