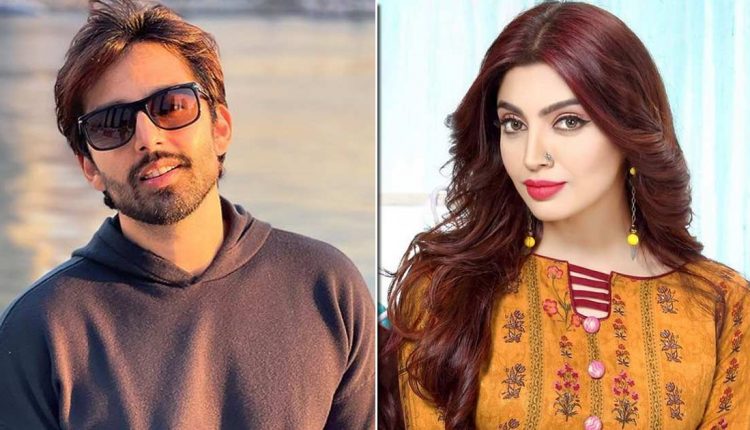 Akanksha Puri who had recently made headlines by sharing the news of her starring opp Anupam Kher in an upcoming OTT release ‘Moh Maya’, also the star is to share screen space with Randeep Hooda in ‘Inspector Avinash’ has just hit the news again with her to star opposite actor Himansh Kohli in her next.

Akanksha Puri who created a buzz by sharing the news of cracking the OTT platforms is soon to swoon the fans in her upcoming music video, in where she will be seen romancing actor Himansh Kohli.

Not much is revealed about the song but a source informed us that the duo is currently shooting in Kashmir for the same. Puri did manage to tease her fans giving a small glimpse of herself shooting in a houseboat in Kashmir. Excited much?

Rubina Dilaik Donates Her Bigg Boss 14 Victory Gown For Charity To Support The LGBTQIA+ Community
Shalin Bhanot Is Helping Sex Workers In Kamathipura, Reveals They “Solicit Themselves For As Low As Rs. 50”

Well! We too can’t wait for this duo to sizzle our screens with their charm. Akanksha Puri is currently shooting in Kashmir for this untitled song and has a number of projects in the pipeline.

“Lot of people I know are doing Khatron Ke Khiladi (KKK) this year, so it’s difficult for me to take one name but definitely I am supporting Divyanka Tripathi as we come a long way. We are homies, from the same hometown and same school. I definitely know what she is capable of. She is a strong girl and she can give a tough time to all contestants, it will be a proud feeling to see her win KKK,” says Akanksha.

She says she would loe to be a part of the show, too: “If given a chance I would love to be a part of KKK, I have told Divyanka to give me all the details and secret tips once she is back, so it might help me in the future!”

Must Read: Jasmin Bhasin Has Drunk-Texted An Ex, Given A Bribe! Check Out Her Exclusive & Cutest ‘Never Have I Ever’ Game

The post Akanksha Puri To Romance Himansh Kohli In A Music Video Set In Kashmir appeared first on Koimoi.

Yo Yo Honey Singh Once Complimented Neha Kakkar By Saying, “Your Voice Is Like S*x, Full Of Fun”

Will push for Kabaddi’s inclusion in next Olympics:…